4 flaps and a Glide

I overslept this morning, well sort of. I was waiting for the alarm to go off   "which never did" when I heard the doorbell ring, it was 6.15 I jumped out of bed, pulling on my shorts, and looking for the keys while searching for the light switch. Opening the door.  "Morning John"  I realised,  I'd put my short on back to front.  Not good start to our birding day. 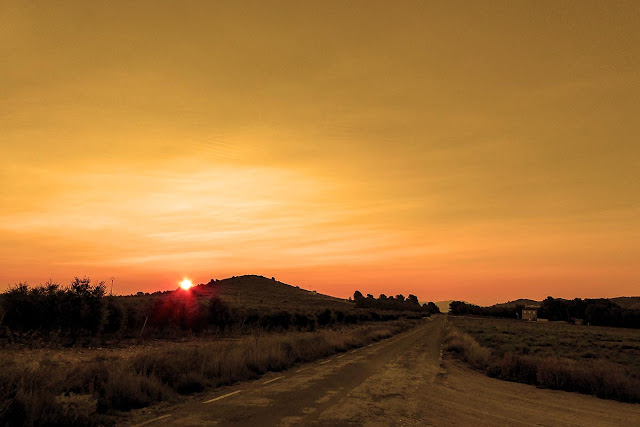 Arriving at the Caudete to Yecla track almost the first bird seen was a Common Buzzard, 4 flaps and a glide, and over the course of the day, we would see quite a few of these birds. 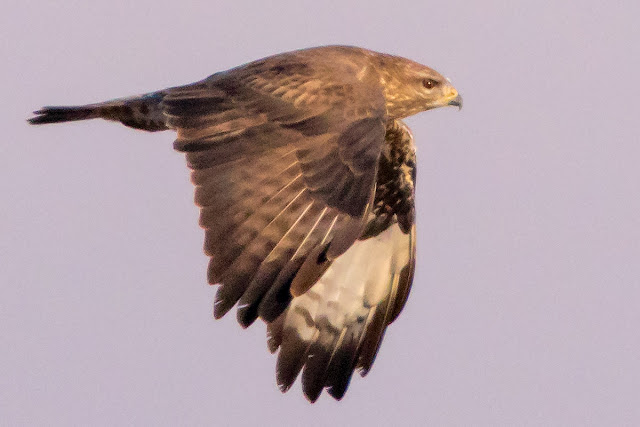 Also there, lots of Jackdaw and Magpies, the first of many Woodchat Shrikes. 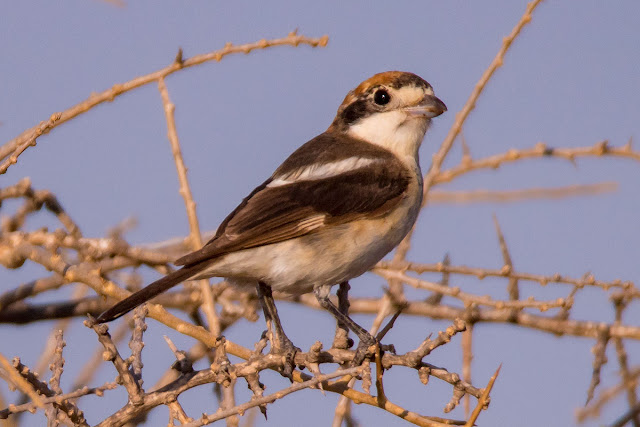 We did not get far when thousands of returning European Starlings entertained us with there aerobatic murmuration,  an amazing sight, most of which were already in their spotty winter plumage.  And definitely, a Werther's Original moment,  "Shame"  as in my hurry to leave this morning I left this golden caramel moment on the table.  To be honest, my photos don't do justice to the synchronised acrobatics event we just witnessed. 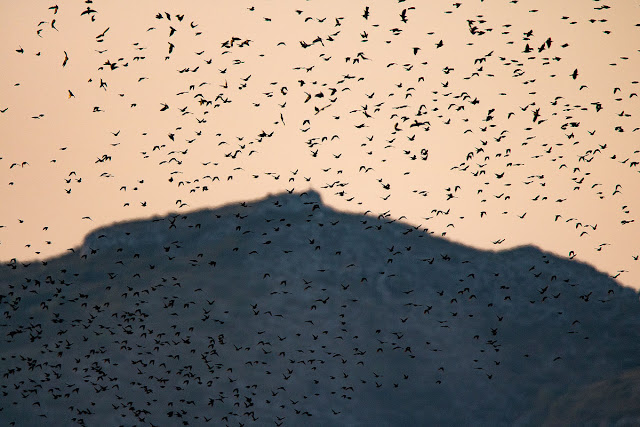 We had already decided our target bird for the day was going to be Sandgrouse and so we needed to be at the Yecla end of the track.  On route, we came across a huge Olive Tree plantation, as far as the eye could see acres and hectares of Olive trees. There are massive changes going on in this area with lots of investment and plantations springing up everywhere.  I just hope they spare a thought for the wildlife and leave some open places where they can live.  And do they really have to plant on every square millimetre on land? Or is it just plain greed. In the past, I've seen field upon field of abandoned crops left to rot. 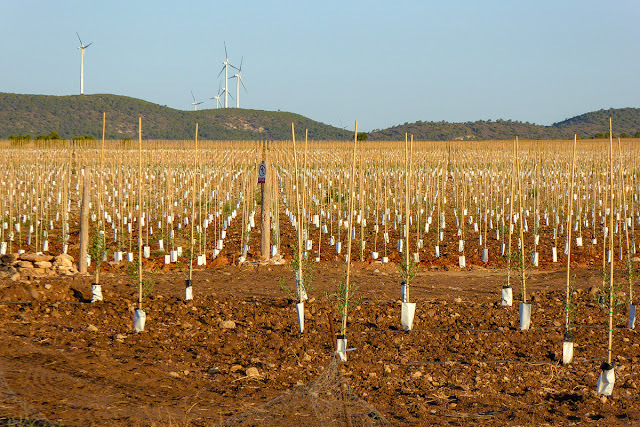 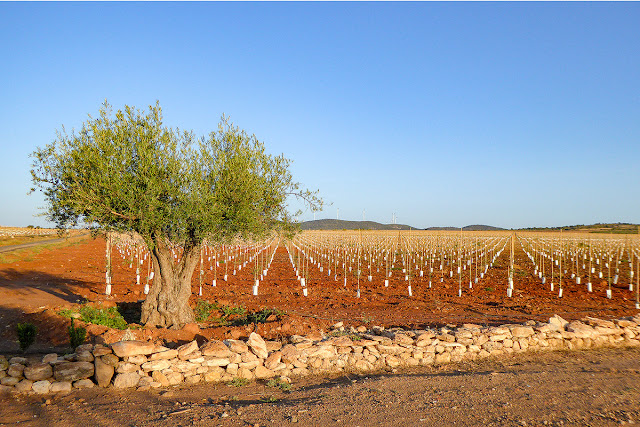 It wasn't long before we connected with Sandgrouse, we had just pulled up and stepped out the car when 3 Black-bellied Sandgrouse flushed, this is normal behaviour for this species, we watch them until they disappeared from view, quite different to Pin-tailed Sandgrouse which would normally stick. Nice views of an Iberian Woodpecker perched on a post.  Along the track a group to Pin-tailed Sandgrouse land in the field in front of us.  A lot of Sandgrouse calling from every direction now. And in the stubble field, we managed some great scope views as the Sandgrouse moving through the stubble.   I grabbed a few photos of birds in flight. 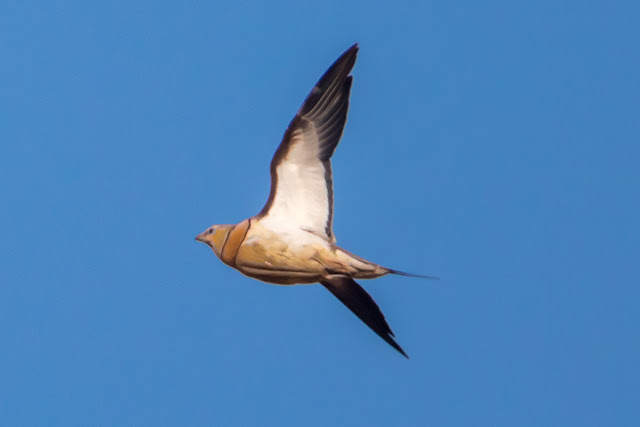 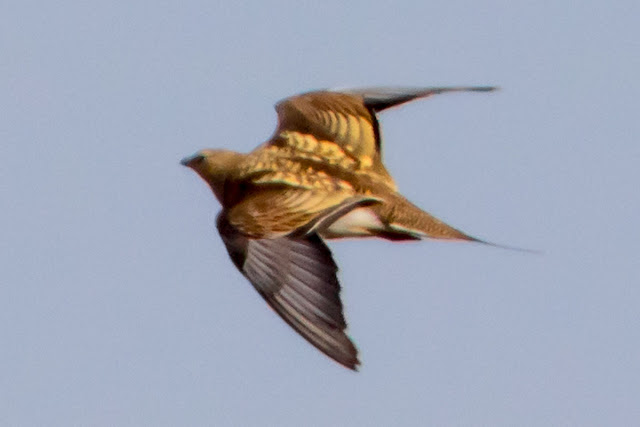 From out of nowhere two flocks of Calandra Larks flushed 200 in each group, and a Fox appeared crossing the field maybe it was him who flush the Calandra Larks? 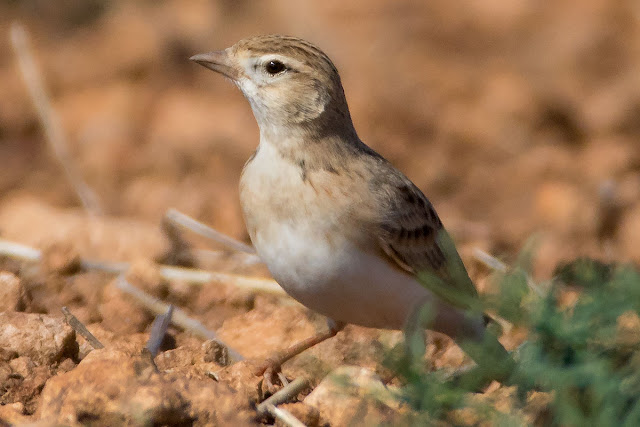 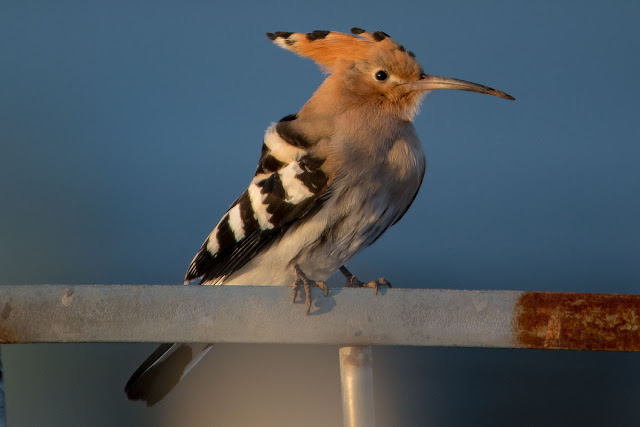 Still plenty of Greater Short-toed Larks, up to 10 hoopoes and a similar number of Woodchat Shrikes also  2 little owls, 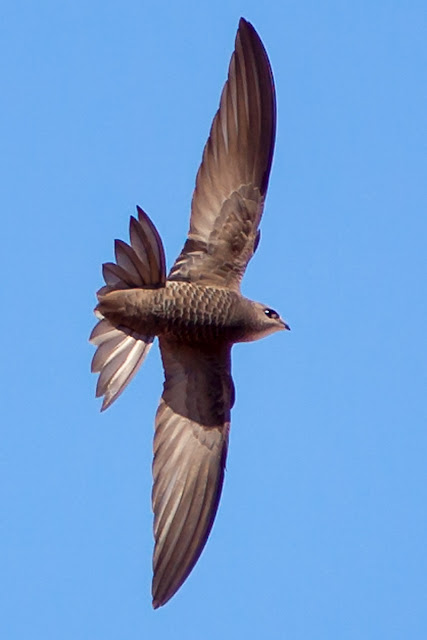 we were treated to some spectacular flypast of Pallid Swifts and Swallows doing there low level runs across the fields. And yet another 4 flaps and a glide, Lots of Choughs. 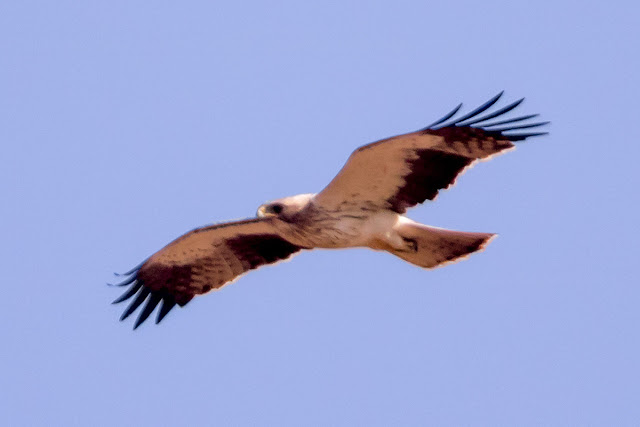 A Booted Eagle drifted over to finish our morning.
Not so many photographs today? let's see what next week brings
Cheers Bryan
- August 26, 2018