I'd seen on social media yesterday that there was a Ferruginous Duck on the Clot. I'd planned to go there today anyway, so I was keen to see if it was still around.  At first, there were just the normal birds there Coots, Little Grebe's, Mallards, Shovelers, White-headed Duck, Moor Hens,  Cetti's Warbler. 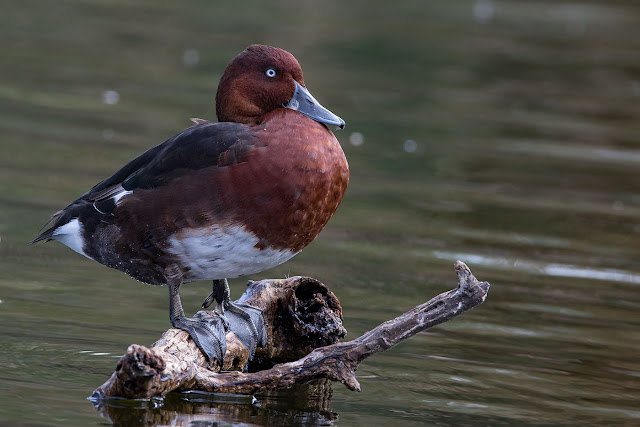 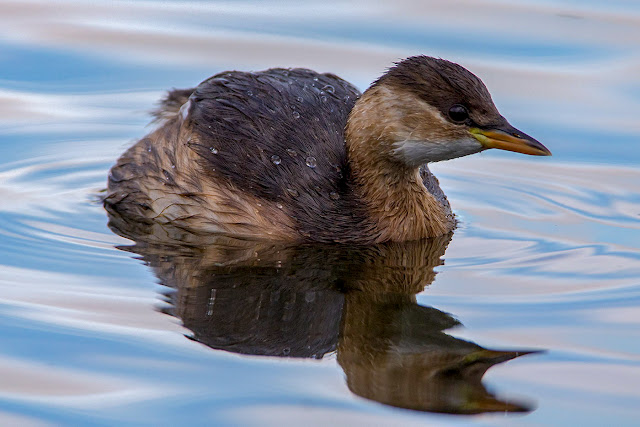 I notice that there were a few Teal and a few more Pochard, these are fresh in as they were not there a few days ago when I last visited the Clot. A Common Sandpiper flitted around looking for somewhere to land. 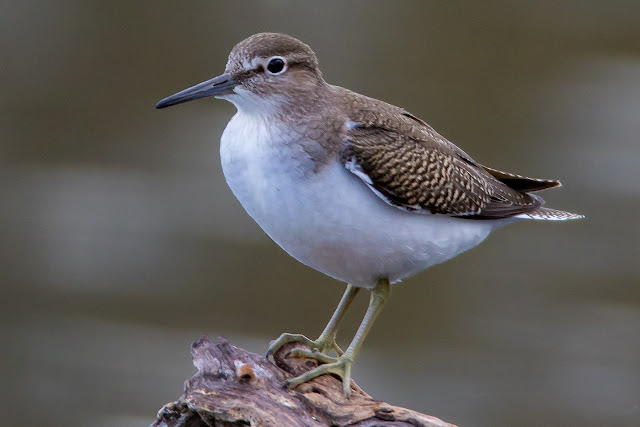 Common Sandpiper
There was a big black cloud hanging over the Clot with the odd rumble of thunder and threatening rain.
After about 30 minutes the Ferruginous Duck pop out of the reeds  I fired off a few photos but light levels were so low so I struggled to get any usable photos. 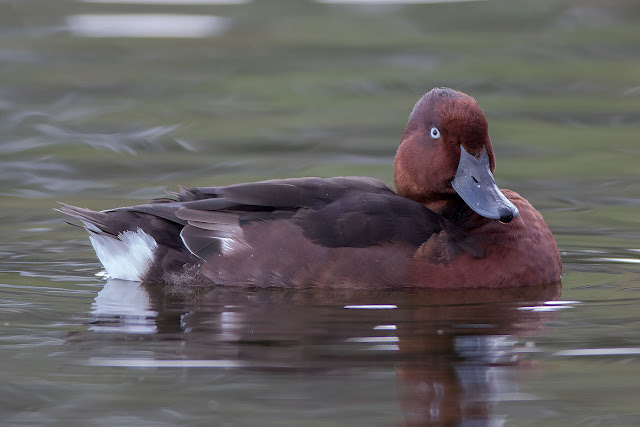 Male Ferruginous Duck
Now, with the odd spot of rain, I called it a day, if it brightens up I'll give it another go later.
And so the dark clouds disappeared and the sun came out, so at 4 o'clock I popped down the Clot.  I only live 10 minutes away.
Also at the hide was the finder of the Fudge Duck. Ace bird photographer Mark Etheridge. We were also joined by a visiting UK birder, so we were chatting generally about birds while waiting for the Fudge Duck to appear, sometime later the female showed well for a little while. 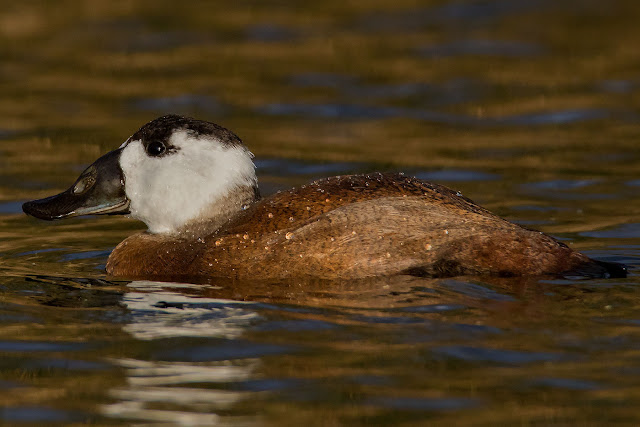 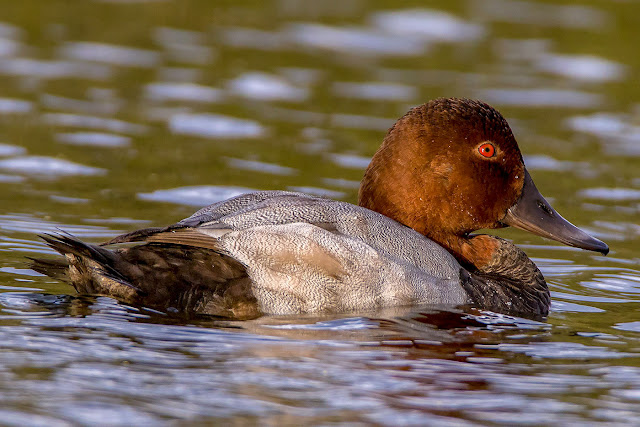 Common Pochard
A Grey Wagtail and Common Sandpiper showed up.
Later on, the male Fudge Duck sneaked out again. 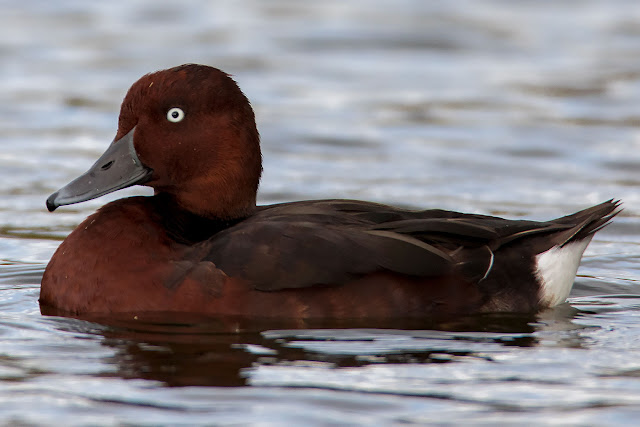 Male Ferruginous Duck
I managed a few more photos of the Fudge Duck which showed on and off and only briefly before heading further away.
We all stayed till the light failed. Really nice to meet up with Mark after not seeing him since the spring.
The weather forecast is very bad over the next few days,  so I'm hoping that these birds might stay a little longer, so I able to get the photos I'm happy with.
who knows?
Big thanks to Mark.