Today Sunday the 14th  I showed 2 birders around our local patch.
Setting off from Gran Alacant around 8.30  the plan was mostly to bird from the car, as Jason had sliced open his big toe on a broken tile in the pool.
First stop Santa Pola Salinas, we'd 'only just arrived when a large flock of Greater Flamingo gave an impressive flypast flashing the red in the wings, nice start to the morning, 10 Great White Egrets,  a canteen of about 50+ Spoonbills, lots of  Slender-billed Gulls and Great-crested Grebe, Turnstone, Redshank, Sandwich Tern, Shell Duck, Grey Herons, some very noisy Black-winged Stilts, and Avocets. 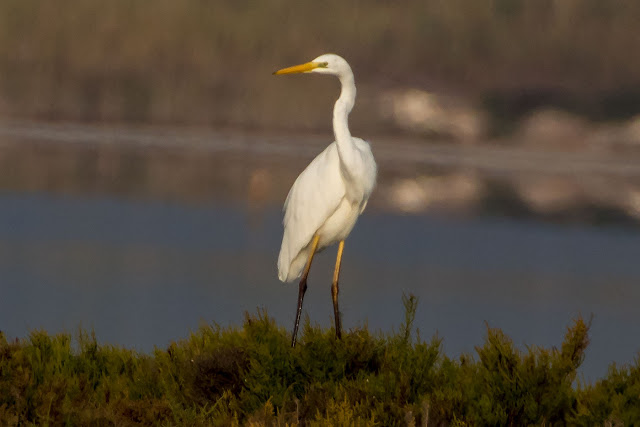 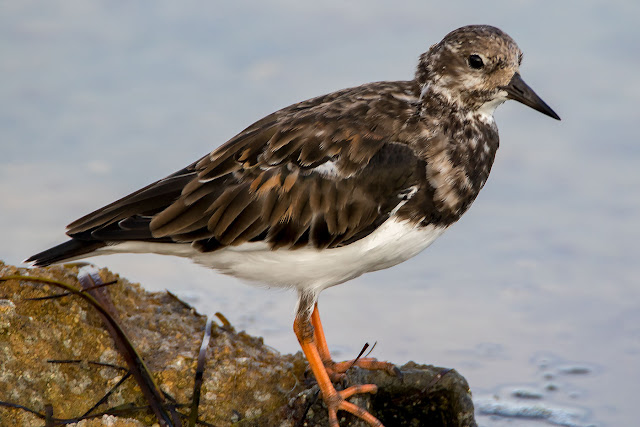 We moved on to El Pinet, but didn't stay long as it was mostly empty of birds with the exception of 50 Blk-tailed Godwits, on the far side. Around the tracks behind La Marina was quite, there was some Southern Grey Shrikes, European Stonechats, and Sardinian Warbles, an Iberian green Woodpecker flew across the car, but the presence of Hunters in several areas didn't help, we did see Red-legged Partridge fleeing area as the shots rang out. It was now time for first breakfast, I knew a spot where Tree Sparrow we're present so we spent some time watching them come and go. 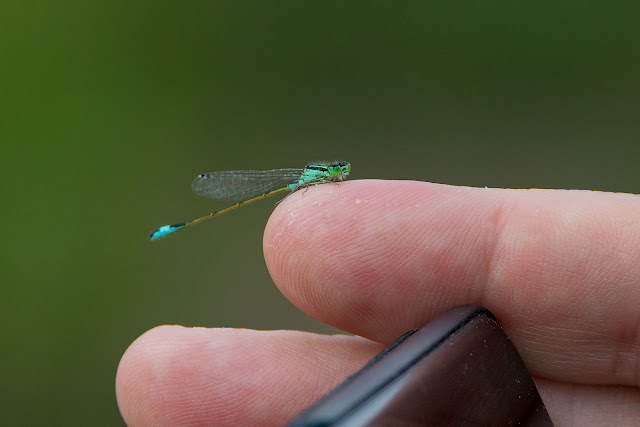 San Felipe was busy and the car park half full, not a good sign " I thought" lots of kids on bikes, dog walkers, picnicking, well it is Sunday after all and it is a visitors centre.   And the star performer of the day turned out not to be a bird but a Butterfly.  Plain Tigers were everywhere a real treat it was like being in a butterfly house 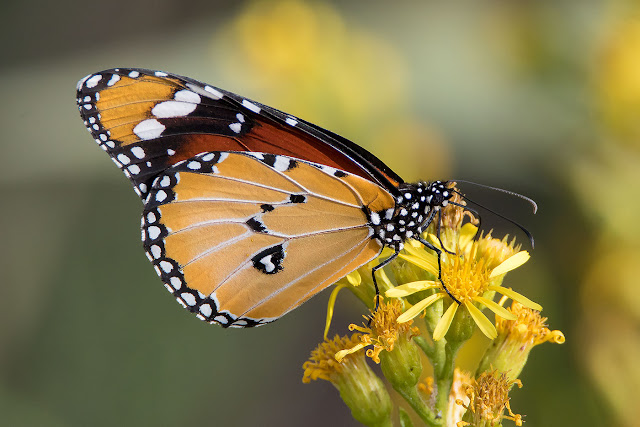 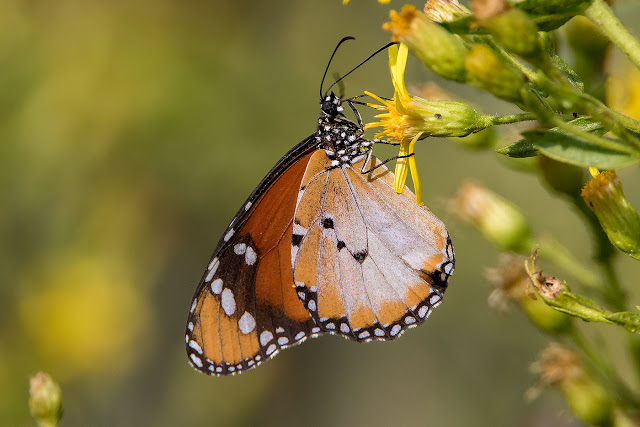 Also there a Lang's Long-tailed Blue and a Speckled Crimson Moth. 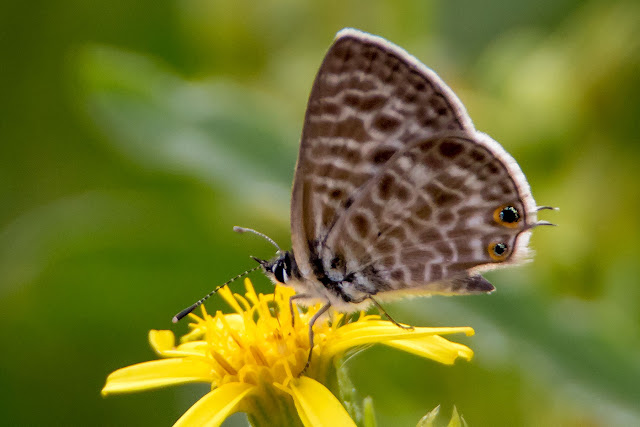 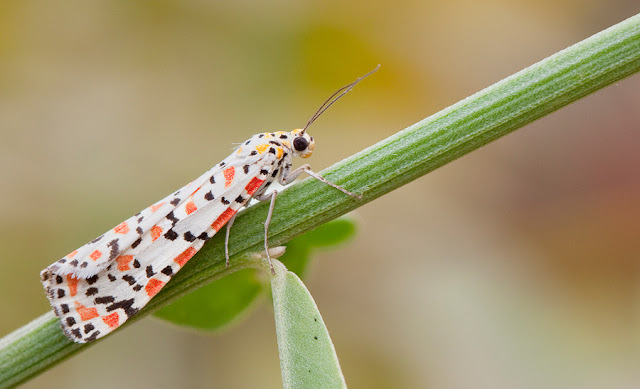 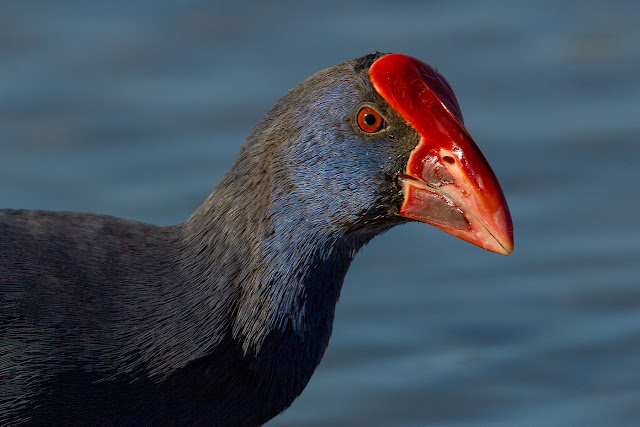 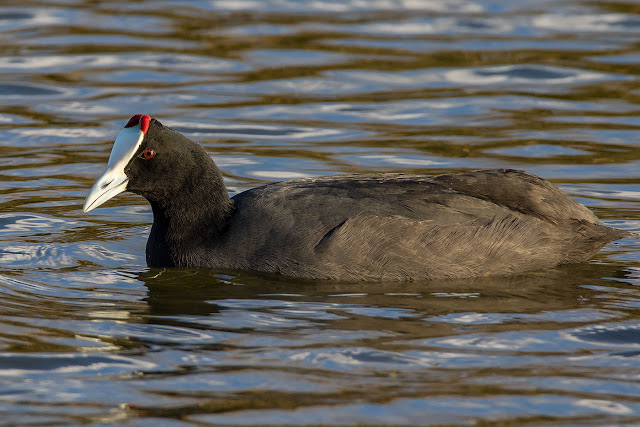 Red-knobbed Coot, Purple swamp Hen, showed well, a squadron 30 Glossy Ibis passed over, and it was time for 2nd breakfast. A pleasant morning out, and easy birding, it was now time head for home.
The clouds were beginning to gather and looked like we could get some rain  "we need it, " and about an hour after I got home the heavens opened.  I was watching the heavy rainstorm when 2 Black Wheatear came and perched on a ledge, on my neighbour's houses, to shelter from the downpour. I managed to grab a few images in the poor light before they moved off. 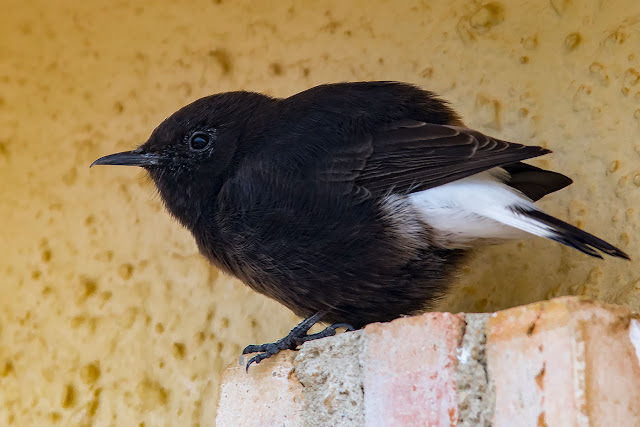 I haven't mentioned every bird seen just the one that showed well or of interest.
Have fun
Cheers
Bryan Thomas
- October 15, 2018