Today birding with Mark Etheridge on a magical mystery tour, our target for us was Montague's  Harrier at La Mata. On route there we had quick stopped off at la Marina where there are a pair of Rollers, but the early morning light wasn't great so decide to return some other time. 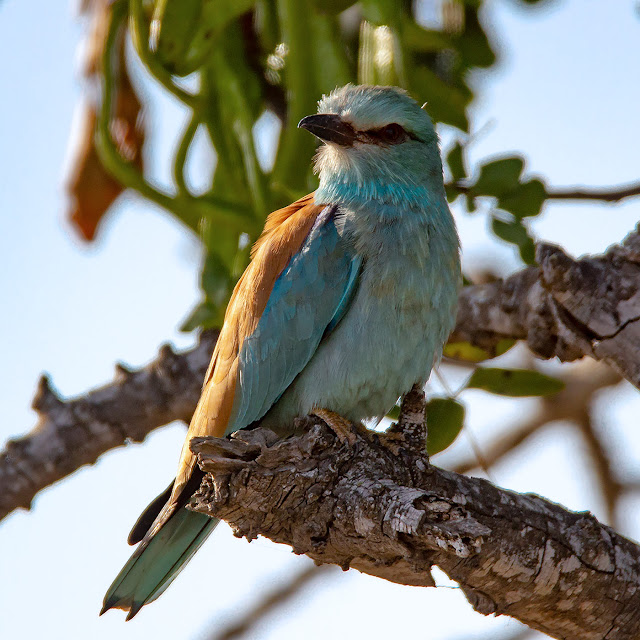 Roller
After trying several tracks off Lemon Tree road, finally got to where we wanted to be almost straight away a Montague's Harrier came into view so we new we were more or less in the right area, Nightingale singing and Bee-eaters on the overhead wires, in a field were Mediterranean Gulls. 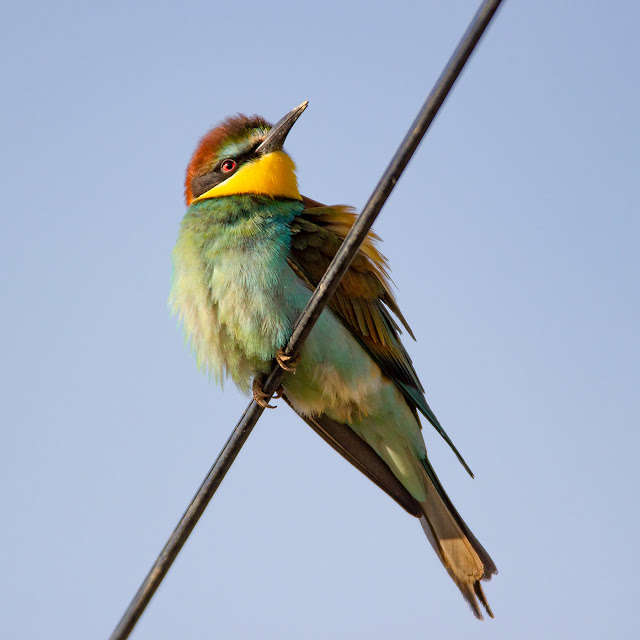 Bee-eater
We watch several Montague's at some distant, in an area which they seemed to keep returning  too, but no track to reach them, un detoured we set off on foot and finally got to where we need to be.
After only few minutes out target bird  drifted over, few moments of glory as the camera shutters clicked away and the Montague's drifted on.  We waited at this spot for a while hoping for repeat  performance, but no, it didn't happen again, we just got lucky this time. 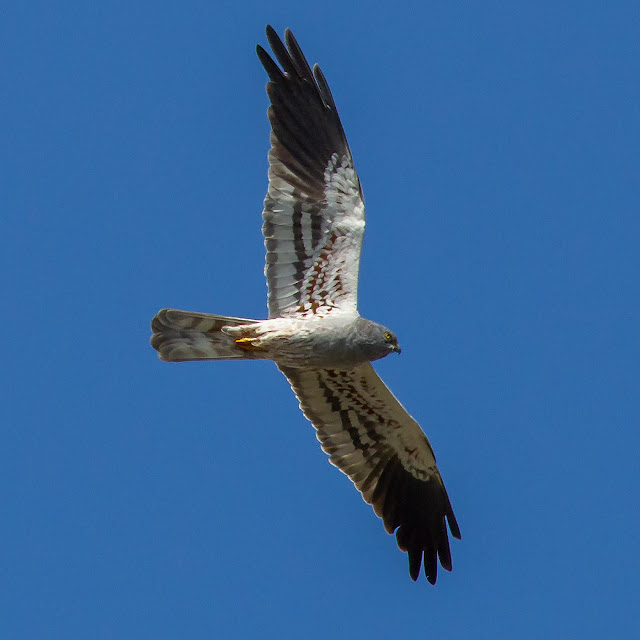 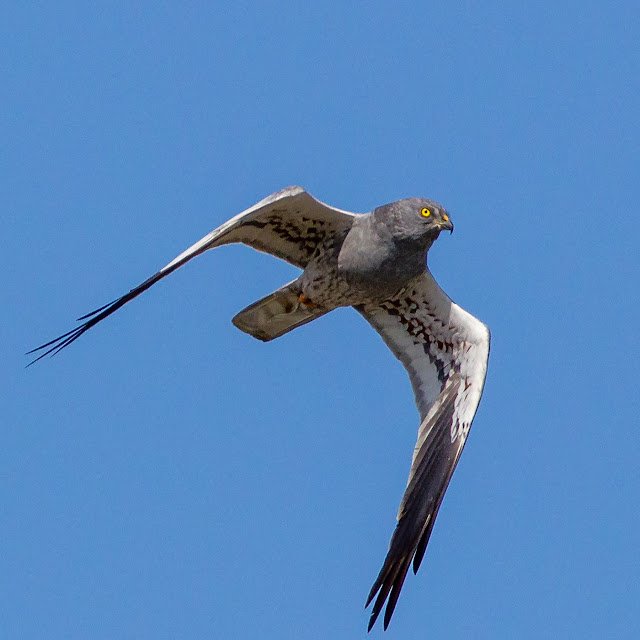 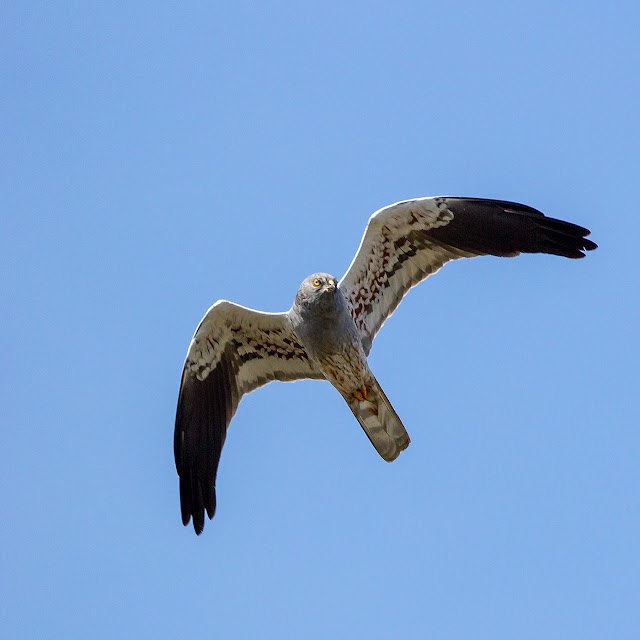 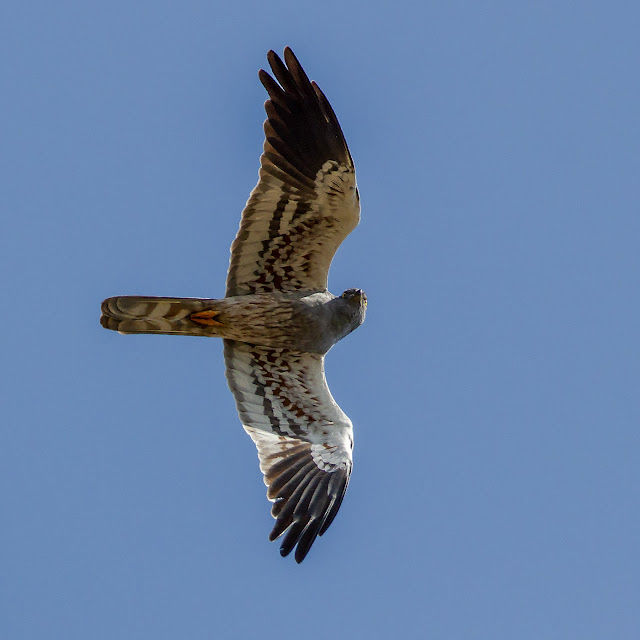 At the Azure winged Magpie site on the opposite of La Mata there were a few bird moving around,  I counted  between 8/10, I took a few photos but didn't like any of them so I deleted the lot.
Its a great time to be birding with plenty going on!
Have a great day