The Inglorious 12th
IT is time to dig out the tweeds, dust off the gun and make for the hills, the 12th is upon us.
Unless you are a member of the rich elite, it may have passed you by but one wildlife expert argues the start of the grouse shooting season on August 12 should be a concern for us all. 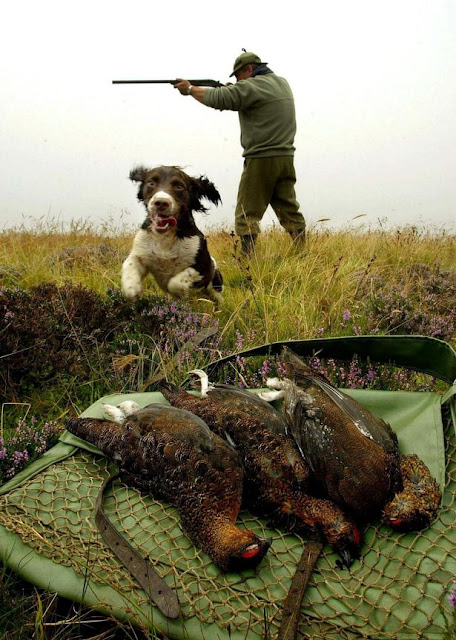 In his book Inglorious, Mark Avery claims the practice of driven grouse shooting hits us all in the pocket and is an ecological disaster, devastating wildlife and birds of prey.
Driven grouse shooting is where beaters flush birds towards the guns and they are slaughtered in their hundreds and thousands.
As Mark puts it: “A load of rich people stand waiting while a load of poor people, beaters, walk across the hills with flags and whistles and chase a load of helpless birds past the rich people who then shoot at the birds
Driven grouse shooting was introduced under Queen Victoria at the Balmoral Estate. 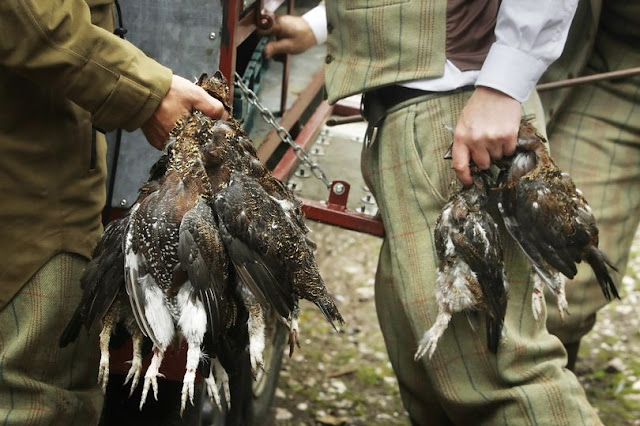 A petition has been launched to ban the practice but David Cameron, who regularly holidays on the Isle of Jura as family of the landed gentry, is unlikely to be the premier to answer the call. But Mark, a former conservation director of the RSPB, said: “In time, driven grouse shooting is doomed because it is an unsustainable land use and carried out for the benefit of the few at the expense of the many.
Driven grouse shooting happens only in the UK, although the bird is hunted in countries such as Russia and Scandinavia. Many hunters consider there to be no sport in it as, unlike shooters taking their chances in the hills, the wildlife is easy target practice.
Mark said: “It is more to do with how much money you have and what kind of gun you can afford. You don’t have to know anything about the hills or the ecology of the bird. You just have to stand there.
“It is like an arcade game, except you dress up in tweed and get to stay with a duke or a lord. There is a lot of snob value. If grouse hunting was only “walked up” shooting, there would not be the demand for the volume of birds, so there would be no need for the level of persecution of wildlife.
In January, an estate worker who killed a rare bird of prey became the first gamekeeper in Britain to be jailed for a wildlife crime against raptors. George Mutch, 48, was filmed catching birds in two traps on Kildrummy Estate near Alford in Aberdeenshire in 2012. 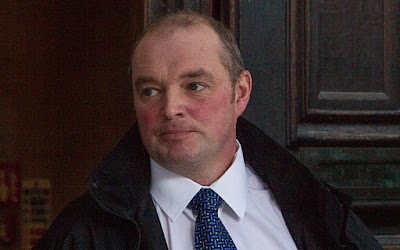 Named and shamed
Goshawk Killer George Mutch,
Covert cameras set up by the RSPB showed him killing a Goshawk by taking it out of a trap and hitting it with a stick. He was also filmed putting a Buzzard and another Goshawk into white sacks.
But the level of prosecutions bears no relation to the level of persecution.
Birds such as Hen Harriers, Peregrine Falcons and Golden Eagles are considered by estates to be pests as they eat grouse. 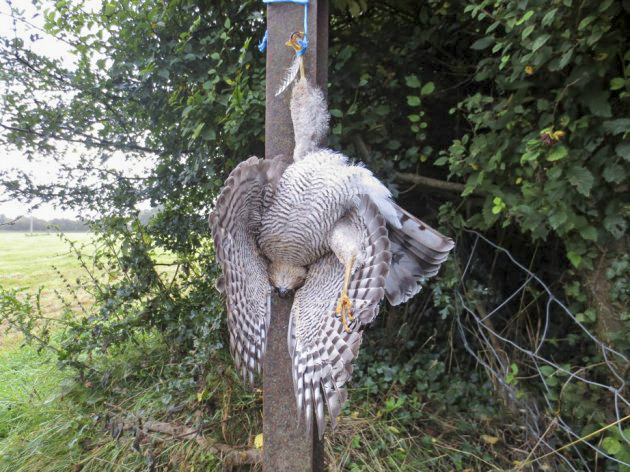 “What we do know is that over significant areas of Scotland’s uplands and, in particular, areas intensively managed for driven grouse shooting, birds such as Hen Harriers and Peregrine rarely breed successfully, despite an abundance of suitable habitat and prey. Every year, birds of prey confirmed as being illegally killed are found on Scotland’s grouse moors. 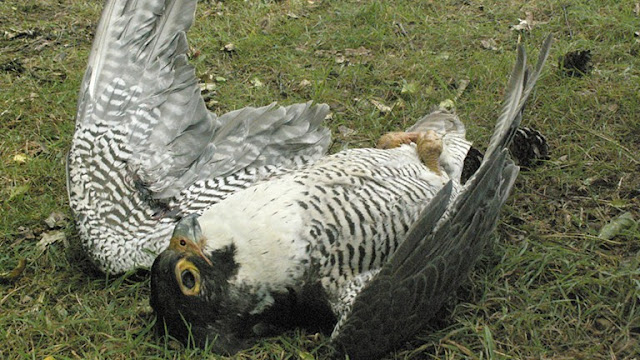 A more accurate way to assess the impact is to compare bird numbers with what they should be.
The Hen Harrier population in Scotland should be around 1800 pairs but is actually 500.
Grouse shooting for a party of six, over three or four days, can fetch more than £35,000.
For that premium, shooters can demand in excess of 1000 birds a day and any wildlife which infringes on this numbers game, including birds of prey, is to be obliterated.
To get very high numbers of grouse, the heather has to be burned every few years, the moor drained and all predators killed – including foxes, crows, stoats and birds of prey.
Mark said: “Anything that eats a Red Grouse before a rich person can shoot it is seen as a problem.
Vast quantities of our taxes are being paid to upland landowners through farming schemes, grants and subsidies.
A study by Leeds University showed that intensive management of our uplands for driven grouse shooting is a source of peatland degradation and increased carbon emissions. It is also linked to pollution of watercourses, reduction in aquatic biodiversity and probably of increased flood risk.
Polluted water coming off grouse moors needs specialised treatment and that cost is passed to water companies and the consumer.
Mark said: “People who live in cities want to go to the countryside and see Golden Eagles, Hen Harriers and lots of wildlife. Instead, they see landscape burned to within an inch of its life and where a lot of natural wildlife is missing.
“We are all being robbed of our wildlife for centuries, for a so-called sport where people just shoot birds for fun. Driven grouse moors are places where your protected wildlife is killed and your climate damaged too.
“We shouldn’t tolerate this Victorian land use now we have 21st-century information.
The death toll peaked in 2010 with 46 kills, including 21 Buzzards, four Red Kites, two Golden Eagles and a White-tailed Eagle, which was a gift to Scotland from Norway.
The east of Scotland has the greatest shortage of birds of prey, in places like Deeside and Angus, and there are also shortages in the south, where there are the most grouse moors.
The birds are killed largely by gamekeepers through shooting, nest destruction, spring traps and poisoning.
The number of a recorded bird of prey crimes in Scotland decreased from 23 in 2013 to 19 in 2014 but the crime is largely hidden. Ian Thomson, head of investigations for RSPB Scotland, said: “We don’t know what proportion of actual incidents are discovered.
Hopefully,  time is almost up for this mindless killing for fun.
Tick tock tick tock the clock is ticking.

People can't just assume its OK to kill for entertainment

It's not acceptable in 2019 to killing for fun