The Good The Bad and the Ugly Site Review

Trevor's back
So we're birding
For this review, I'm going to highlight the places/areas that we've been too, and not getting into a list of birds seen over last week or so, but more importantly is it's worth the time and effort involved in getting there.
And are there any birds?

I'm going to include some photo taken from this week at the sites mentioned and also a few photos taken from my catalogue from previous visits to show the potential.
Santa Pola Salinas 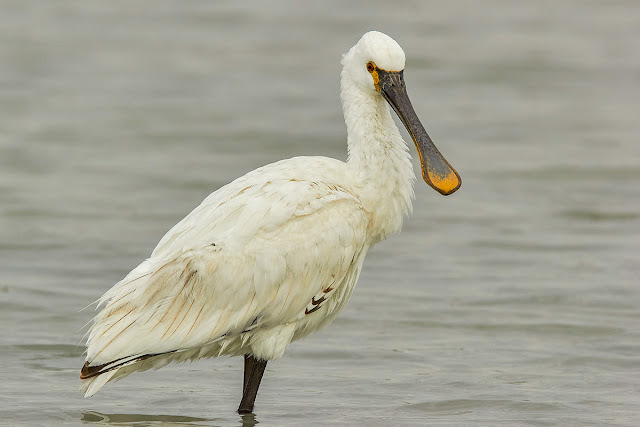 Spoonbill
2018
Always worth a look, you can never overlook this place and the surrounding areas.  It's not the easiest place for parking and getting off and back on the road.

But you can build a big list. If you spend time there going through the birds, best bring a telescope as it a big area of water.
Definitely worth a look.
San Pedro
It can be good,  lots of water. In the past had some really good birds. 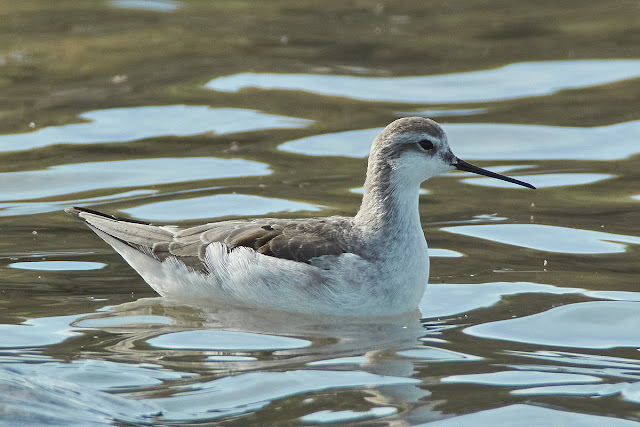 Montnegre
It was very disappointing in fact it was crap. Only thing to report was 13 Griffon Vultures despite a thorough going over.
In the winter nothing much goes on here birds wise. Its like the
Land time forgot. But I do like to check it out,  just in case.
A very beautiful place, but never the less, spend your time somewhere else if time is precious.
But a must-see-visit place in the spring and summer for Trumpeter Finch. 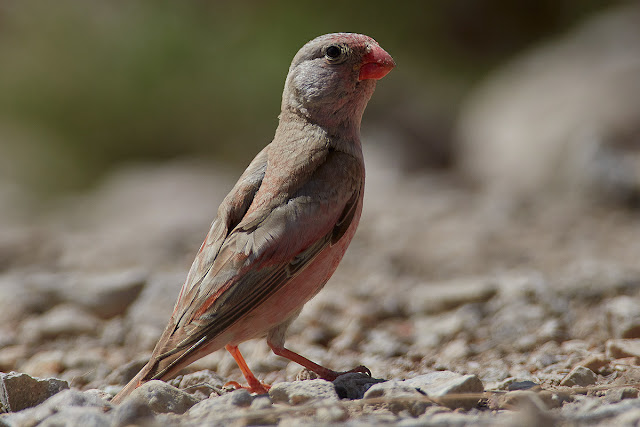 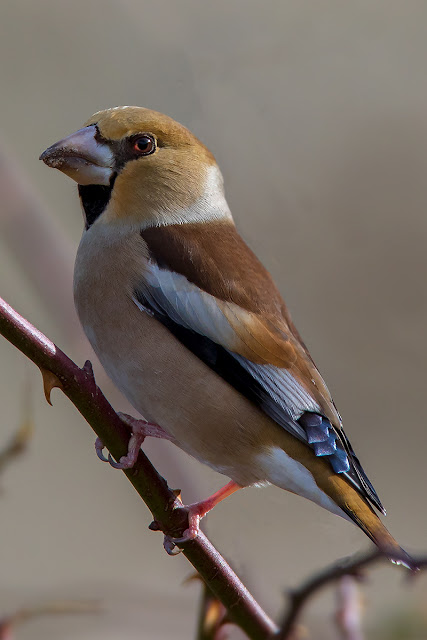 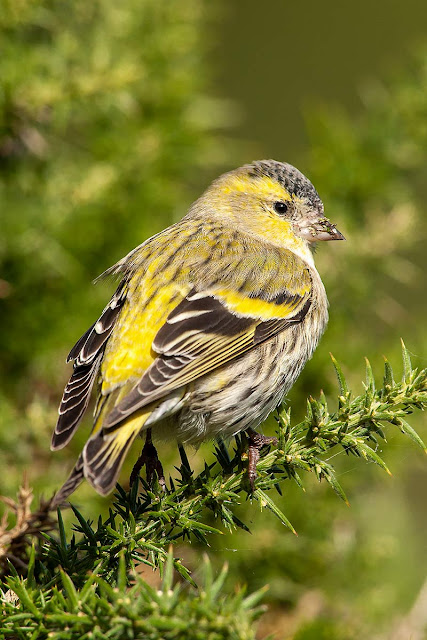 Siskin
I thought this was a Serin when I photographed it but NO
Picnic area
2019
All though Sierra Espuña has been taken off the itinerary on some webs site and guides books to visit. I believe it's a very big mistake not to go there, as this area does have its moments. its about an hour and a half drive + to get there from Santa Pola.
It's a great place to bird with plenty of options. 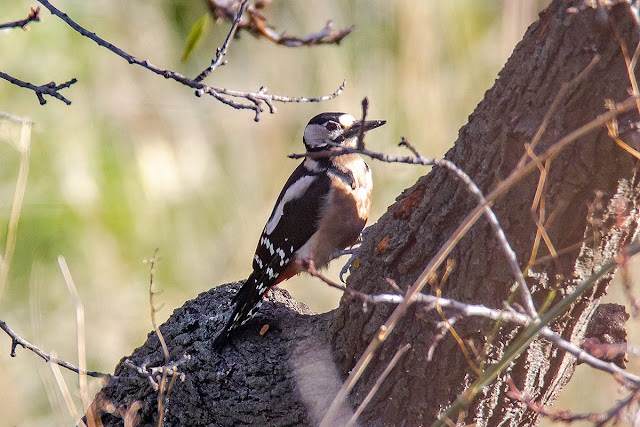 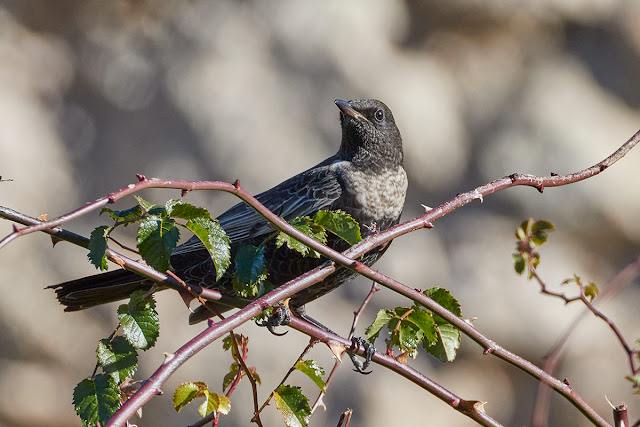 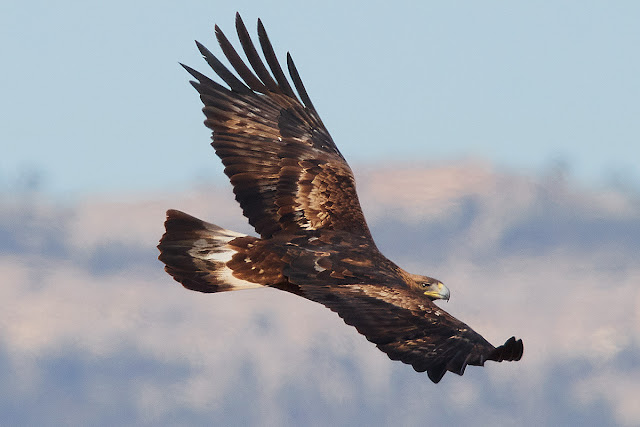 There is one area near a Restaurant and picnic area which has a mixture of different types of trees,  Fig, Almond, Olive, Pomegranate which acts as a magnet for many birds. 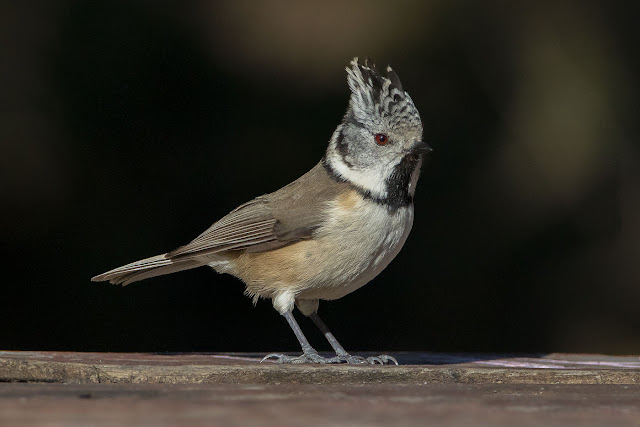 As it's mostly pine forest everywhere else.
There is also a small water fountain which attracts birds, and its worth waiting there, using the car as a hide, give it some time and see what drops in for a drink?
Definitely worth the effort going there but avoid the weekends. 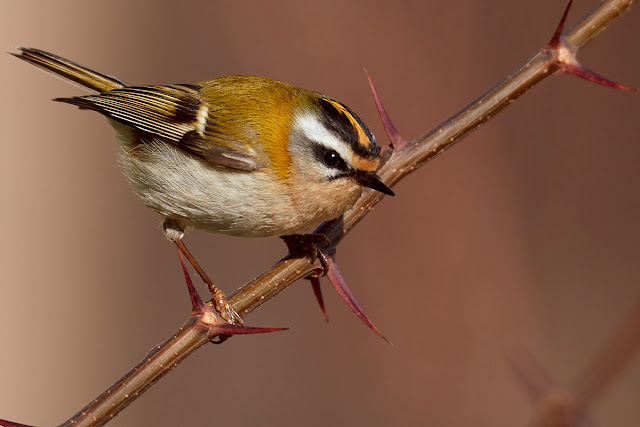 Firecrest
At the water fountain
2019


Yecla
This has been one of our favourite places to go for years and can be brilliant with a big species list for this small valley. Good birds seen there have been Rock Thrush,  Lesser Kestrel
Golden Eagles, Spanish Imperial Eagle, Golden Orioles, Red Kites, all the resident Larks, both Sand Grouse, Bustards, Black-eared Wheatear and loads more. 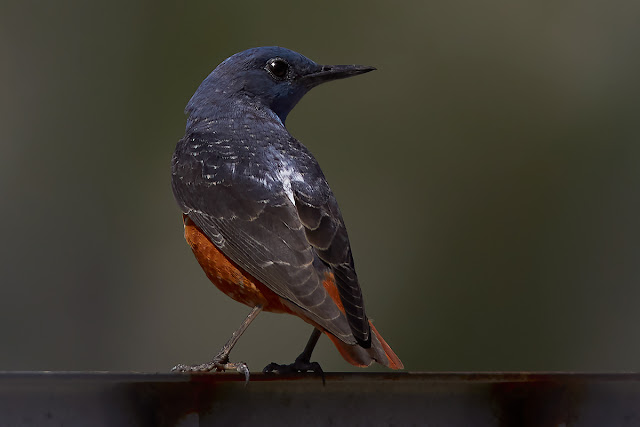 And after me, Building Yecla up, as a place to visit was probably the worst its ever been,  maybe because it was cold and windy conditions with light rain.
With nothing moving at all.  And after 6 hours on-site, The highlight of the day was around 600+ Calandra Lark and Sand Grouse calling,  that was the best of it.

It is worth going there? A definite Yes despite it failing so very badly this time.
Yecla normally repays you for your effort.

This place had fallen out of favour in recent times, as it was the place to go and
see a distant Eagle Owl perched on a tree.  The tree has now disappeared and so has the Eagle Owl. The ridge which runs along for miles can have Golden Eagle and other raptors soaring along its ridge but not on this visit.
There is a circular route around through Cabezo Dela Plata which looks perfect for something to turn up?  The reality is, its crap,  nothing going on anywhere.  I've seen a few high up Golden Eagles and Chough going through this mountain range on previous trips but that about it.
It's not somewhere I would recommend,  its a long trip out, and so much further away than you think and no reward for effort. Thumb down for this place
Recommend to give it a miss
crap

These areas have more or less given us a big returned for our efforts, With the exception of Petrola lake, it's not performed well for the last few years maybe it's the water quality? I've commented about this before on my blog?

Getting there and the distance involved is major. Is it worth it? Yes.  If you want little Bustard and Greater Bustard it the best place to go too and has the potential to turn up anything.
miss out Petrola lake for now and spend time searching elsewhere. 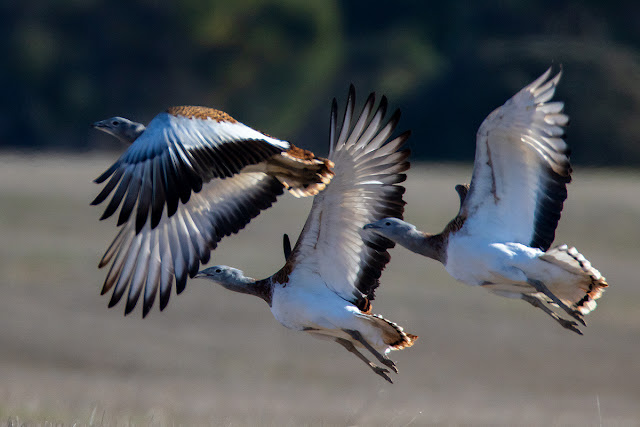 Lots of birds can be seen all the year-round.  In spring the
the seasonal lake can be amazing for waders, but timing is most important.  Most birders are happy to connect with the Bustards,  Great Bustard is easy to see, I've only once not connect with these birds.
little Bustard are a little harder as much depends on the height of the crops, and time of year. 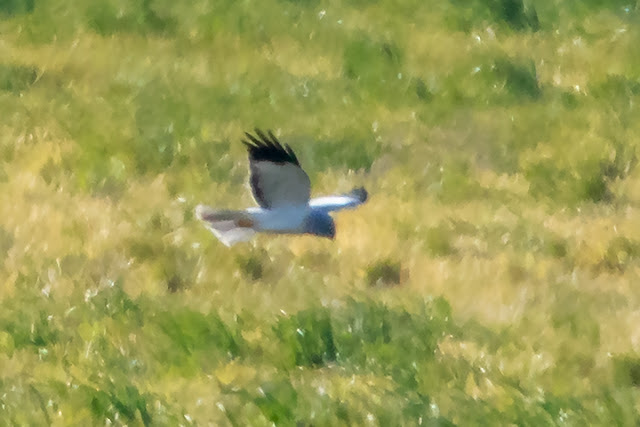 To days visit almost first bird out of the box was a lovely Male Hen Harrier, followed by a total of 15 little Bustards and shortly after 25+ Great Bustard.  It was good around here with lots of different birds.  I asked Trevor if we stayed longer in this area what else do you think we would see?
So we both agreed to leave. And give Yecla the benefit of the doubt, and travel 54 kilometres down the road.
Fingers cross hopefully we've made the right choice. 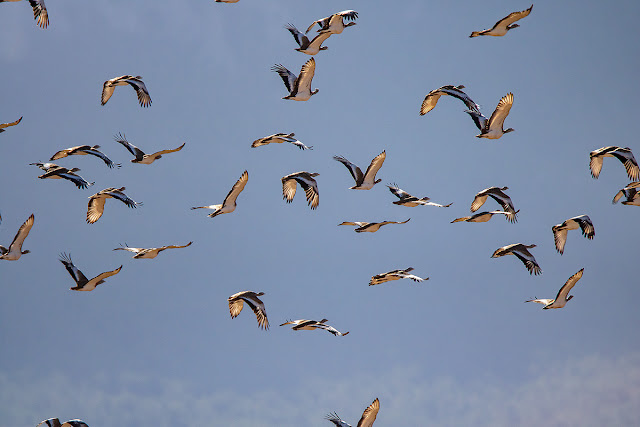 Great Bustard
Just a quarter of what was flying

Then the birding moment happened from absolutely nowhere a Spanish Imperial Eagle appeared, "it was close"  I couldn't get my words out so i blurted out some bad language which ended in Eagle. 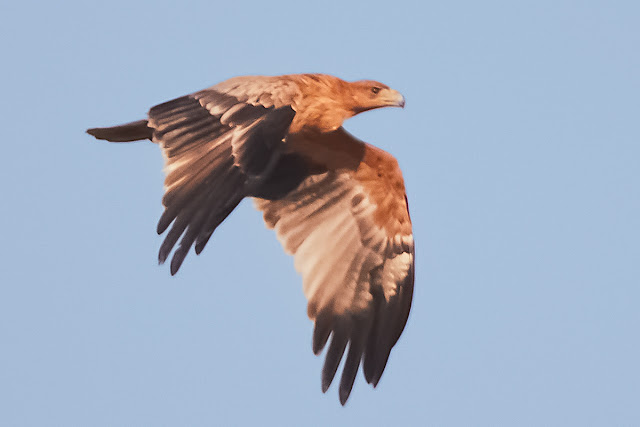 My instinct is to get the photo so that's what I was up to, clicking away when all of a sudden, 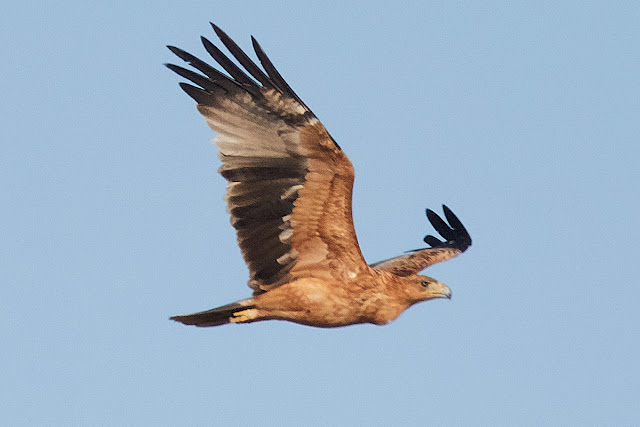 Trevor called "F***ing hell"  more bad language followed ending in shit there's 2 of them?  I know It's hard to believe but it was joined by a third bird. All Spanish imperial Eagle. 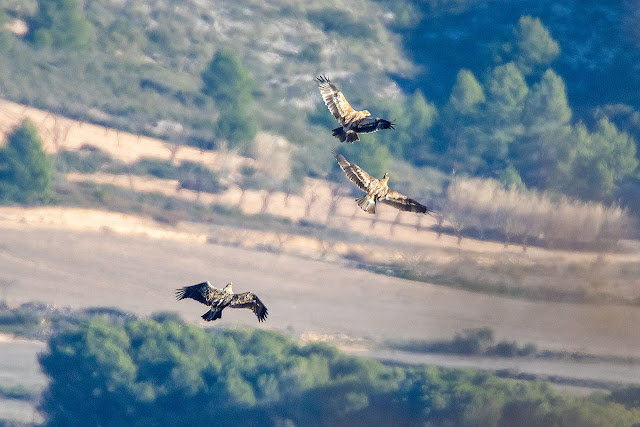 And in the same moment, the sound of Sand Grouse filled the air,  I looked behind and watched 50+ Pin-tailed Sandgrouse land in the field. maybe It was because of the Eagles? 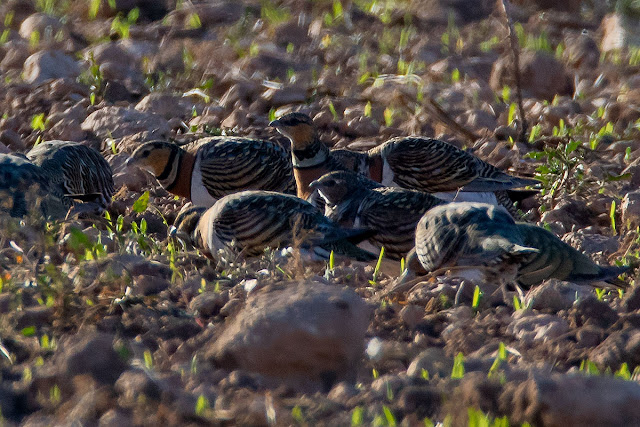 Trevor continued to follow the Imperial Eagles over the mountain ridge till they disappeared. 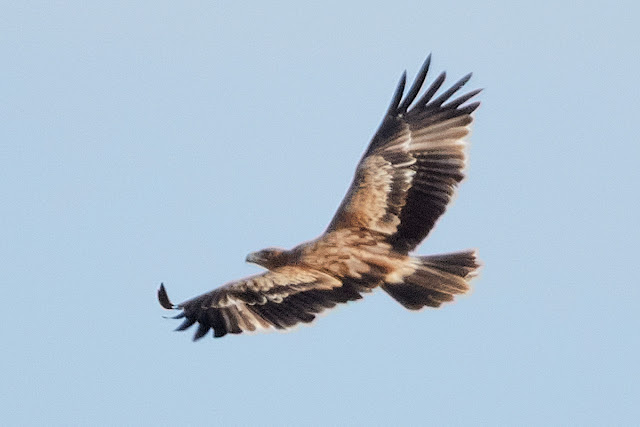 Not having any Werthers sweets, to celebrate this major birding moment we had to make do with Christmas mince pie.

So Yecla paid off big time, it's not the first time we seen Spanish imperial Eagle at Yecla but to calm 3 is absolutely mind boggling and crazy.  Glad I've got the photos to back it up.