Phew, it's hot by the middle of the day.
Luckily John and I were out earlyish for a quick run around the Santa Pola Salinas, all the usual suspect's are around, as you'd expect for this time of year,  5 species of Tern,  Black-headed Gull, Mediterranean Gull,  Slender-billed Gull, Yellow-legged Gull, a Purple Heron briefly rose above the reed beds before dropping out of sight.
An Osprey perched on a power pylon, Collared Pratincole sat in some dry out areas along the Salinas.
El Pinnet
For some reason, El Pinnet was incredibly humid. On the water,  Black-tailed Godwits, some in summer plumage, plenty of noisy Avocets  and
Black-winged Stilts. 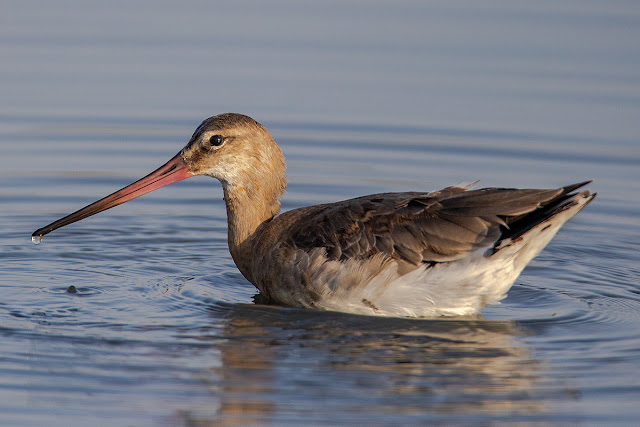 A European Roller flew over the car and perch up long enough for a few photos, interestingly the Roller was leg ringed with the K2. I was wondering where this bird was ringed and where it's travelled from. 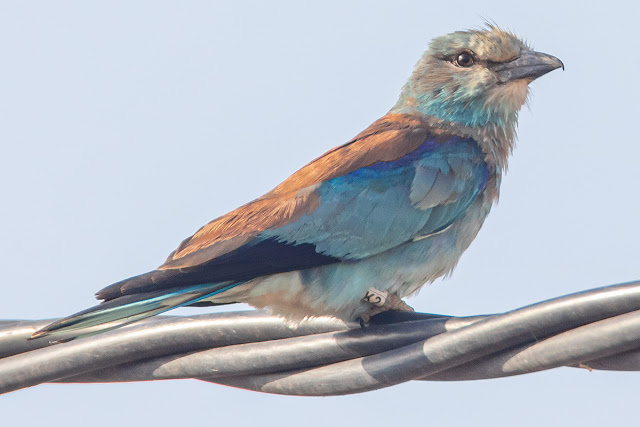 Heading further in the land to Sante Aguada and searching for flooded fields, no luck there. It's very dry everywhere and the ground is baked hard.
An adult Black-crowned Night Heron sat in the top of a tree and showed off. 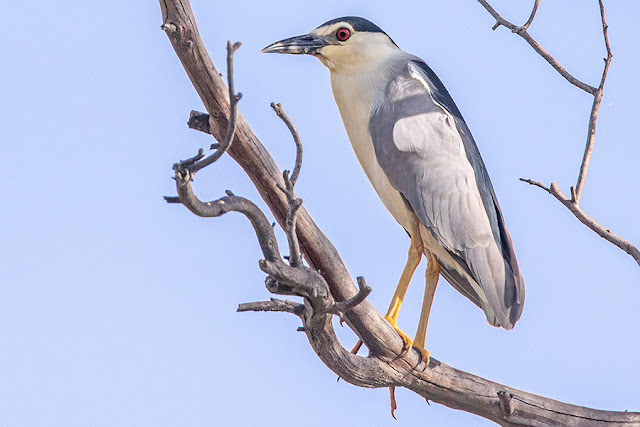 There's the emergence of plain Tiger Butterfly, all nice and fresh-looking.
And that was about. Today's birding was only quick check around to see if things were on the move or have changed. The only new bird was the Osprey which we've not seen for several months around this area?
Only a few weeks and the Pallid Swifts will be thinking of moving on?
Have a great day
Cheers BT.
- July 31, 2020