You may have been enjoying the sunshine on the coast of Costa Blanca, but here at Yecla less than an hour from the coast was a very cool 9 degrees with light rain on and off during the day with almost 70 percent cloud cover, with a few brighter moments, lots of puddles and some much bigger,  I've never seen so much water at Yecla, which just goes to prove how much rain there's been this Spring.
We had already decided to have changed from the usual route and start from the Yecla end, hoping that the early start might produce a few Sandgrouse.
On route a some Rock Sparrow, Corn Buntings.  Linnets and Goldfinch in good numbers,  the odd Greenfinch, and Iberian Woodpecker also seen.  I thought I spotted a Harrier but lost it before I got out the car, but a few seconds later a Booted  Eagle drifted past.
We went to look for the bee-eater colonial which has been fantastic in previous years but its non-existent and abandoned this year.
We entered the best area for Larks and Sandgrouse, Greater Short-toed Lark, Calandra Lark, Lesser Short-toed Lark, Crested and Thekla's Lark were all there. 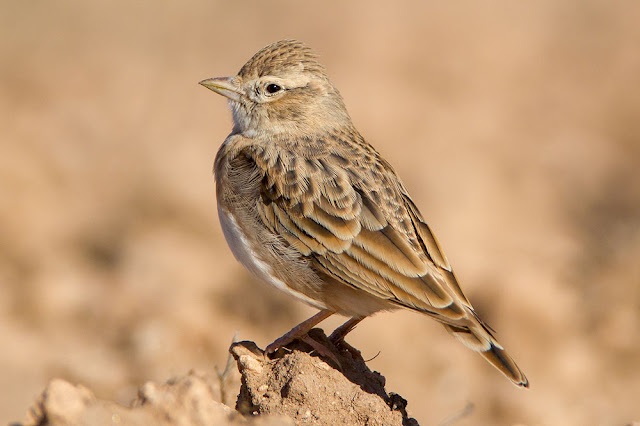 Short-toed Lark
Well camouflaged and flighty it was difficult to get a good photo. 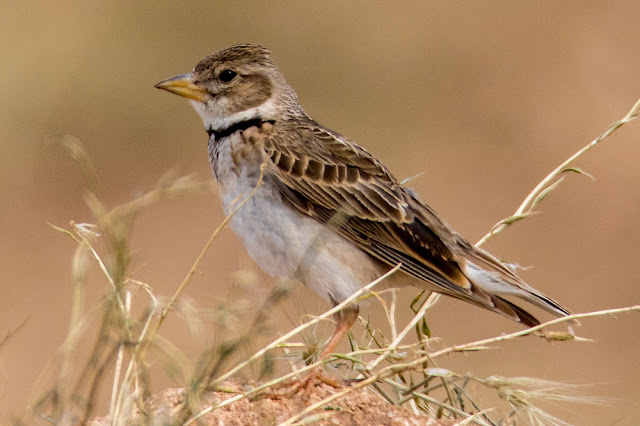 We heard Sandgrouse, a few times, but in the end, we got treated to a very close flypast of Pin-tailed Sandgrouse, these birds seem to be very faithful to a few fields which they do return to, it's worth double checking the field as not all the bird will take flight.  A little further on we came across a pale morph  Short-toed Eagle perched in an almond tree, which had me scratching my head for a few moments. Lesser Kestrel in the fields and hunting overhead. A  bit further on little owls, Hoopoes, 2 or 3. Black-eared Wheatears, Chough, and a pair of Woodchat Shrike. 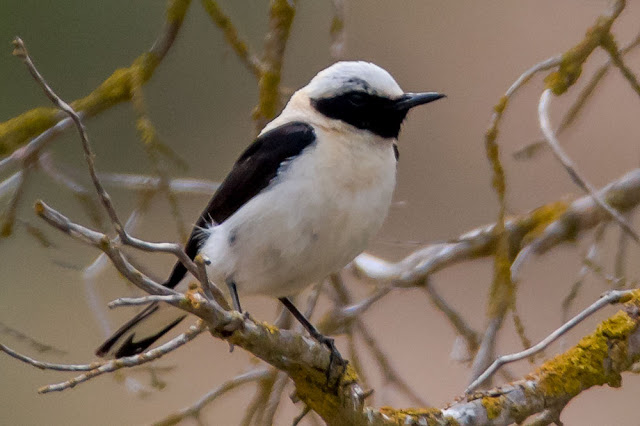 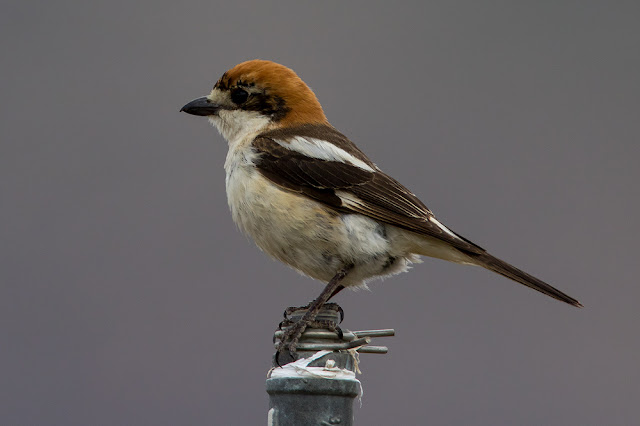 A nice morning out but a little disappointing there wasn't few more birds.  Spain is such s beautiful place and there's much to be enjoyed,
it's a great time to be out.
Enjoy the photos
Cheers Bryan
- June 06, 2018