Hi there just a quick round up of the last few weeks I must admit I’ve been a little slow / or little bit busy in posting on my blog of late mostly because of I returned to the UK to see family and the Wales v England rugby match at the Principality Stadium. Amazing match fantastic / atmosphere full hospitality. and also sorting out photos from the Amazing Gambian trip for
Bargain Birding Club
Anyway Best team Won
Back to the birding
Clot de Galvany proved to be a very good spot to be on the morning of 28th February. John and I arrived at 8am, a clear sky, a light wind and a temperature of only 10 degrees. The scrapes had been cleared and we had excellent views of:- 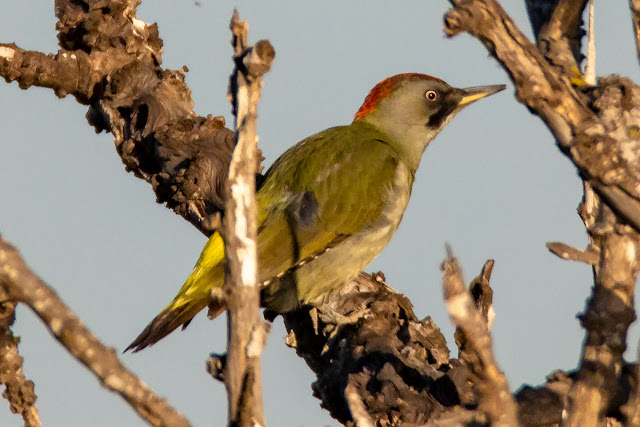 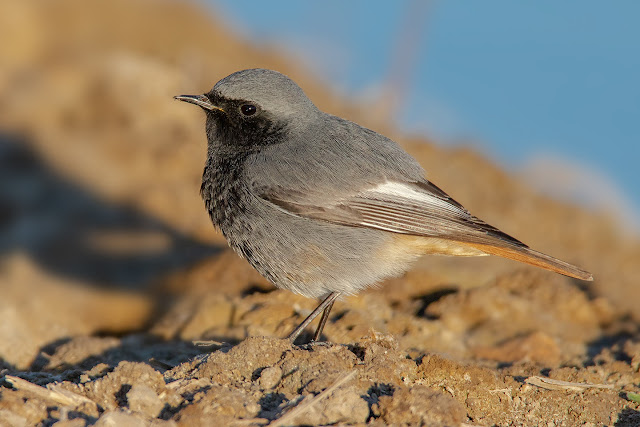 A good start to our birding morning and in one and half hours of leisurely birding chat, with football // rugby banter we were happy with that list
We headed towards El Hondo hoping to find our first Great Spotted Cuckoo who are early arrivals, but there was no sight of one. And on the way we saw:-
Crested Larks, Common Kestrel, Collared Doves, Wood Pigeon, Goldfinches, Linnets, Hoopoe, Magpie,
﻿
We moved on to the Information Centre at El Hondo and saw:- 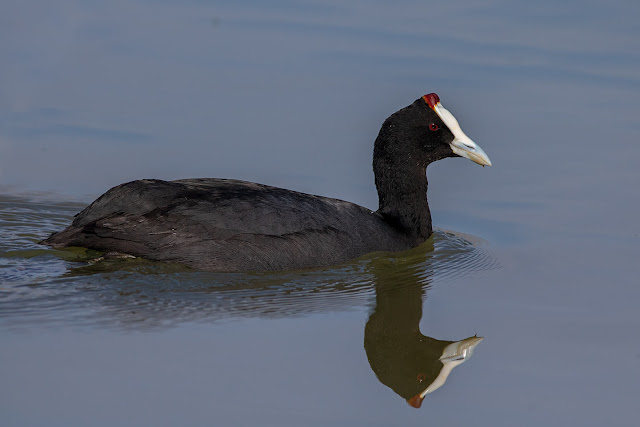 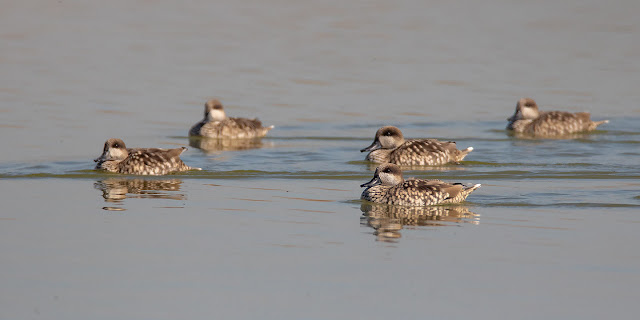 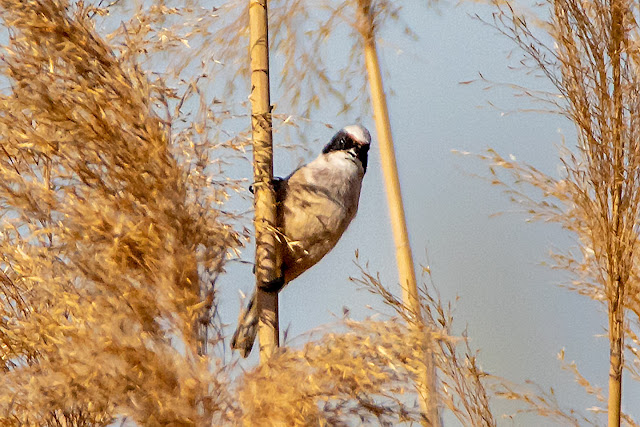 ﻿
Again we moved on to Santa Águeda and we saw flying and perched in his favourite tree the Great Spotted Eagle.
Palm Farm Road provided nothing of note. It looking very dry. Heading off to El Pinet there were 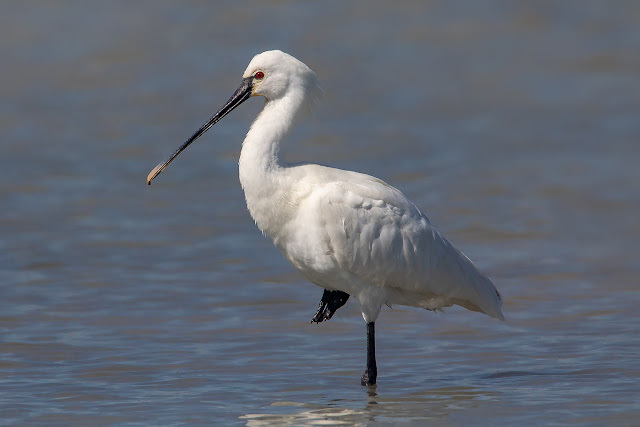 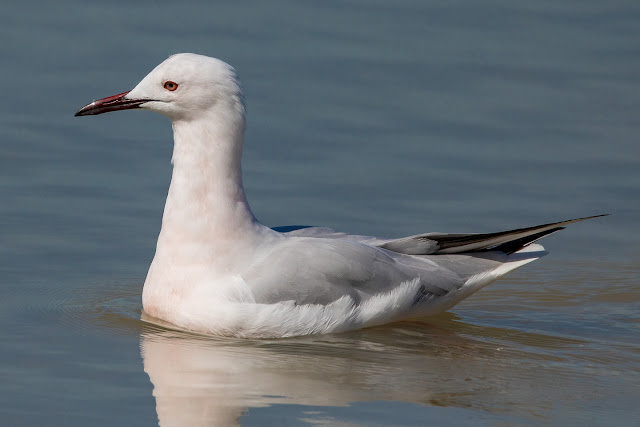 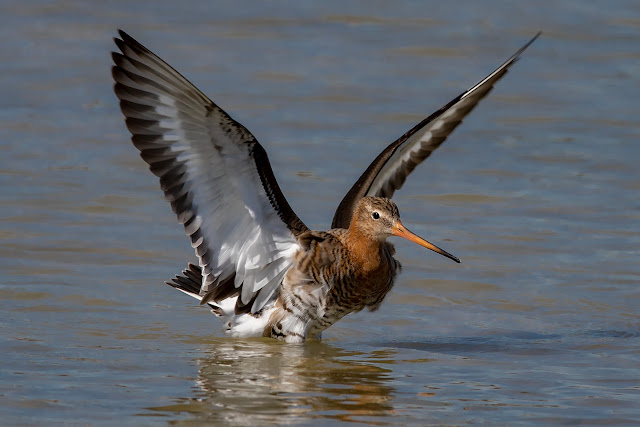 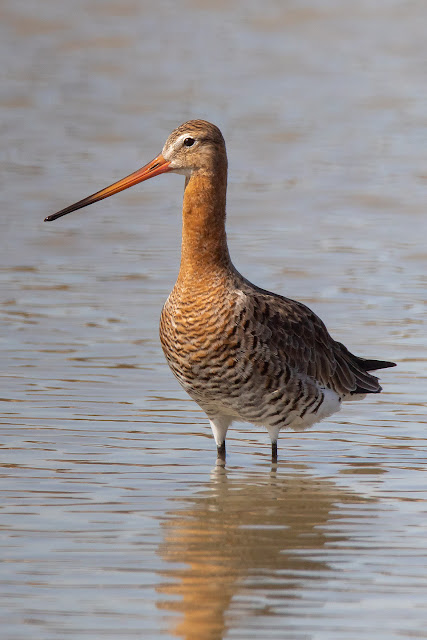 The full morning of sun had raised the temperatures to mid-twenties. The birds are on the move and some of the winter ones still with us, and migrants are beginning to arrive, it all change here, hopefully we will get some good birds on migration and also some rain soon. 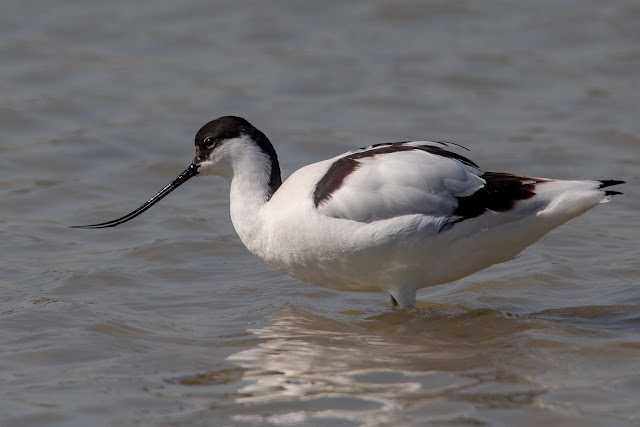 Estepas de Yecla
On Monday 18th February John and I agreed that Estepas de Yecla could be worth the effort as we had not visited there since November. The weather was good with mostly full sunshine although with some cloud and a gentle but cold wind. This strengthened in the early afternoon but made no difference to us, its just great to be out the enjoying the openness and huge panoramas. 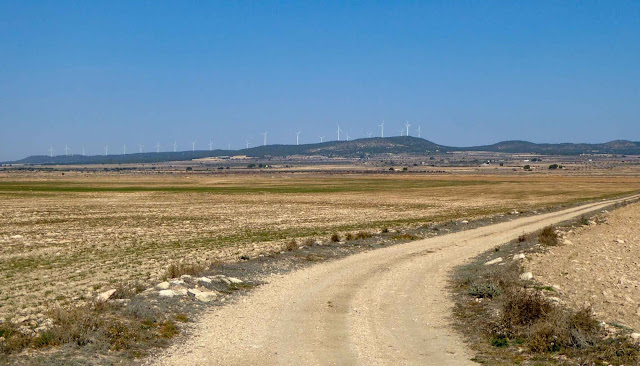 At 9am we listened to and watched numerous flying Mistle and Song Thrushes. They were in and around Olive Trees and we thought they could be on migration as there were a good number of them.
Green Finches in their bright spring colours were easily seen. Goldfinches, Linnets, Chaffinches, and Stonechats perched in full view. Blackcap in full song and a female was close by on the ground. lots Wood Pigeons were in the wires. 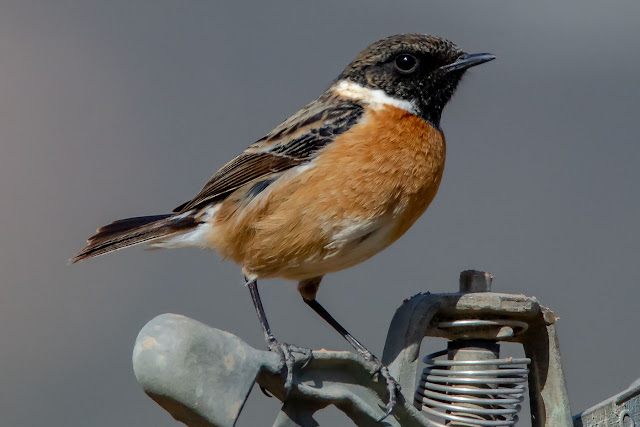 We have visited here many times and this was the least amount of human activity that we have witnessed. The soil had been tilled and also between the pruned vines, and all cultivatable land had been prepared. Apart from some winter corn showing through the landscape it seemingly awaiting warming sun and a good soaking as this area is ‘bone-dry’ no significant rain since November.
As usual we slowly worked the valley and listened, but it was quiet. A few Crested Larks were there and knowing that Calandra Larks are normally show in their hundreds. Nature is on the move and these Calandra larks were displaying and posing. 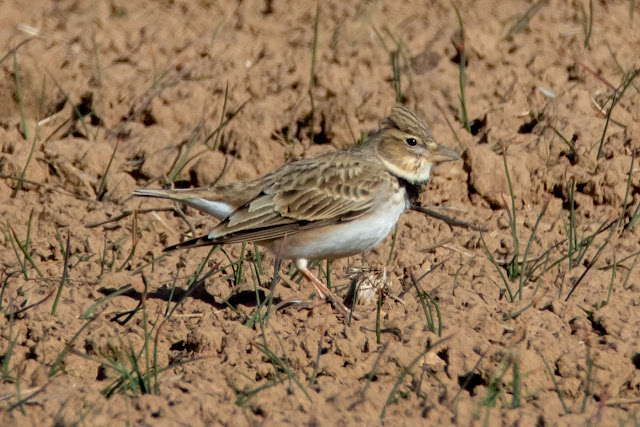 We were lucky to get a clear view of a few Short-toed Lark. 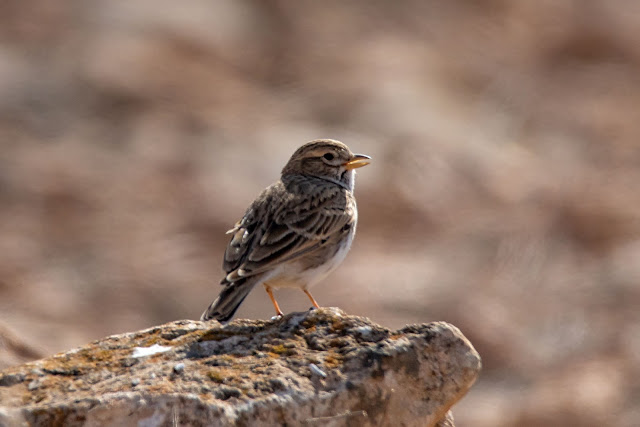 Short-toed Lark
We can confirm that Lesser Kestrels were still there around the farm One inspected two of the nest boxes on the wall of the barn. Maybe they will breed here. Two others were seen on the ground.
Several Crows, two Ravens, sixty to eighty Jackdaws, some Magpies, but our Corvid list lacked the usual Red-Billed Choughs.
Common Buzzards were not seen until late in the morning and on hearing them we saw three of them with two displaying. We again saw two as we began to leave this valley. We had great views as they flew overhead and then away, but they were the only large raptors that we saw. 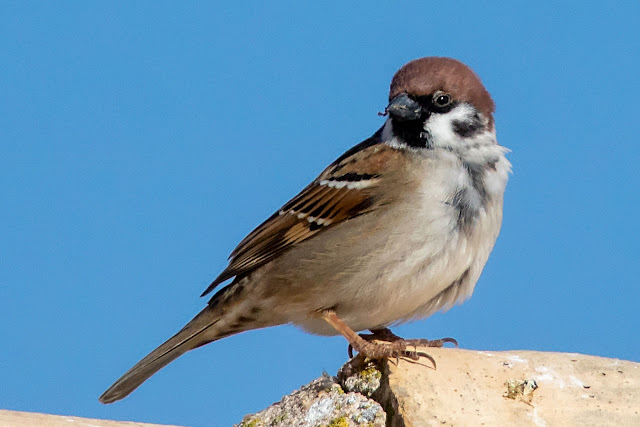 Around the buildings adjacent to the Bodega were a good number of both House Sparrows and Tree Sparrows that were identifiable in the mixed flock. It is a reliable place to find both, but you have to look closely.
We know that things are moving and we had hoped for birds passing through on their way north. Generally, in that respect, it was disappointing particularly as we know that Great spotted Cuckoos, an early arrival, have been seen here, last year around this time we had seen around 10 in one day in this valley.
We needed to good bird to make our day and there only a few meters away from us were six Black Bellied Sandgrouse feeding in a field. As usual, they soon flew, as this species does, but with clear views and without the need for binoculars. 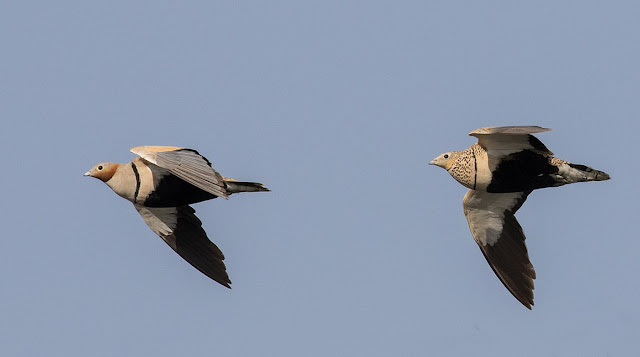 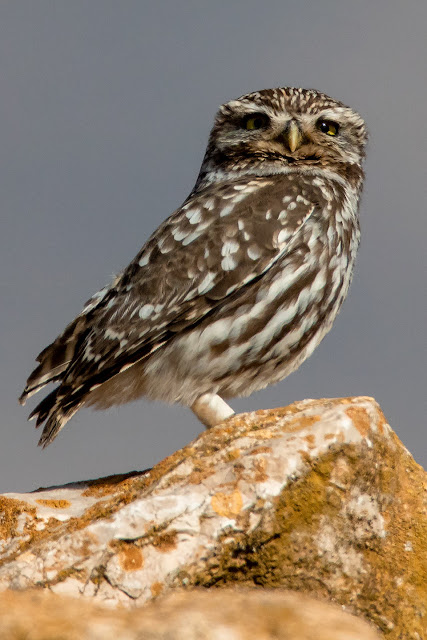 Only one Southern Grey Shrike appeared, six Little Owls entertained us and Black Redstarts were still around. Spring is almost upon us and with that, our summer arrivals will be here, with some staying, and others continuing on 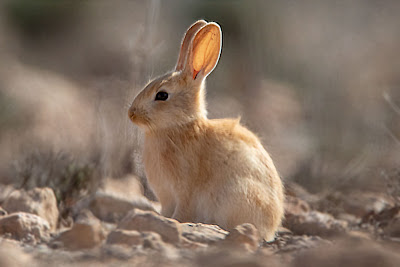