A return visit to the light house road Santa Pola to look for Red necked Nightjar and Common Nightjar.
Mark Etheridge and myself were in place and waiting when our first fly past happen at nine o'clock then the light wasn't to bad but all I got was a Red necked backside disappearing.
Further sightings happened but all a bit to quick for me and seemingly from out of nowhere.  Common Nightjar's seemed to be the order of the night and for me there was a distinct difference and how they flew along with more glides and with a deep V in the wings and spending more time in and out of the gaps in the pines where as the R n nightjars did at least circle around us and just above the sky line giving us at least a chance of a photo.
I did however did get a shot off  of a Common Nightjar  which is probably one of the worst photos ever taken of a  Common Nightjar but it does show the ID feature's, the dark leading edge in the wing. 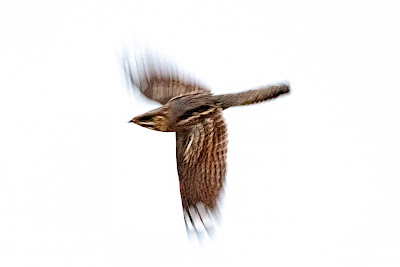 
Not an epic night but very enjoyable and full of banter and laughs.
Mark has now been elevated to Honorary President of the No Bins Bird Club as he forgot to bring his bins yet again,
And one other funny event happen just after our first fly past Mark started groaning and moaning and uttering loudly offensive words in anger and annoyance, he was bent in half and holding his head.  I thought he was having a seizure or a fit of some kind. I asked you all right Mark??  another "groan and doh"  follow by more expletives, I've left my memory card at home.
Unbelievable 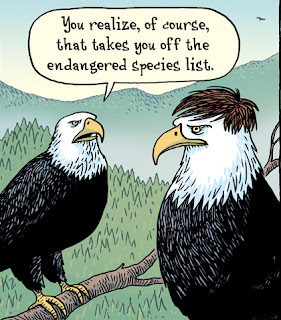