If you didn't already know Spotted Flycatcher has been split, and so

I've kept an eye open for one to identify an overshooting Mediterranean Flycatcher (Muscicapa tyrrhenica), which has proven interesting.

It's been quite challenging at times but I found that in my eyes look to be a few really nice-looking candidates. The taxonomy is rather confusing as is the field identification but here I will summarise, to the best of my abilities, what I have read and learned so far. I am very much aware that there is a lot of work still being done on the taxon, with a large publication also in the pipeline.
However, this is intended to serve as a basic, straightforward guideline to picking out a Mediterranean Flycatcher in a vagrant context, and perhaps this will be of interest to those based on more northerly shores, who are on the lookout for this potential vagrant. 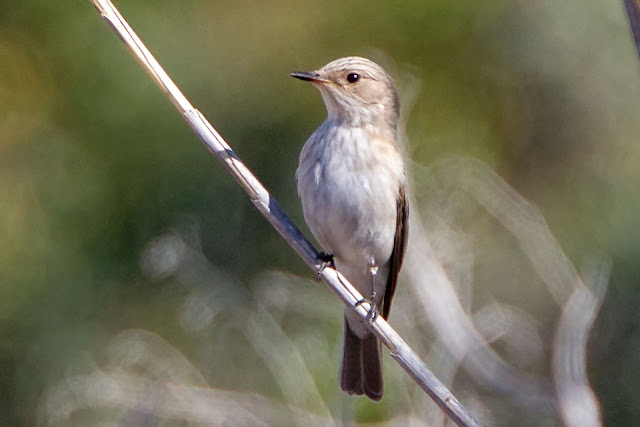 Mediterranean Flycatcher
This bird was down on the Carabassi Beach Road
Mediterranean Flycatcher was recently elevated to species status by the IOC (International Ornithological Committee,) after being split from Spotted Flycatcher, which is, of course, a familiar (if declining) species throughout much of Europe, including Britain and Ireland. It is also known as 'Tyrrhenian Flycatcher', and two subspecies are recognised:

•Mt balearica, which is known to breed only on the Balearic Islands
•Mt tyrrhenica, which breeds primarily on Corsica & Sardinia

Here is a summary of features in my own words based on a series of papers, blogs and webpages I've found online, as well as my own recent observations of birds encountered in the field. As I am Birding Costa Blanca I focus only on balearica. 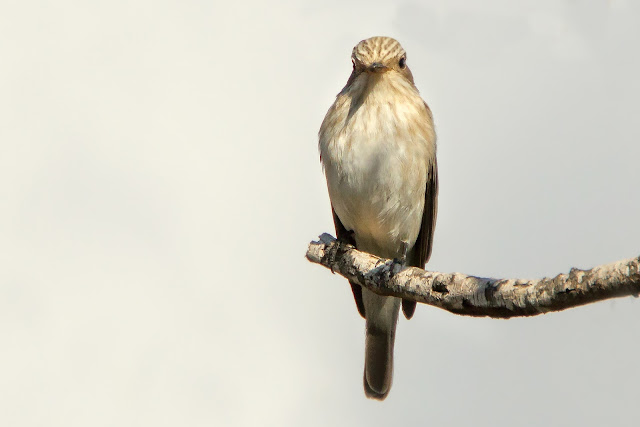 Mediterranean Flycatcher
This bird was down on the Carabassi Beach Road
•Crown streaking: The crown is often noticeably marked with prominent white streaks (ground colour), as opposed to the brownish/greyish streaks of Spotted Flycatcher

•Highly reduced/lack of streaking on breast: Typical Spotted Flycatchers tend to be heavily streaked, which contrasts to the clean white breast (sometimes with minimal, more blotchy streaks in the upper breast) of balearica 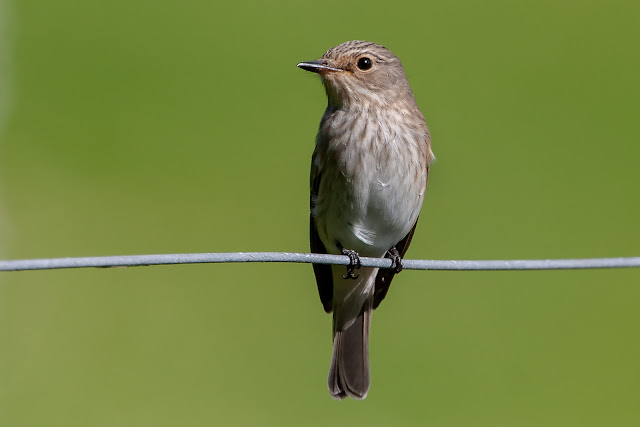 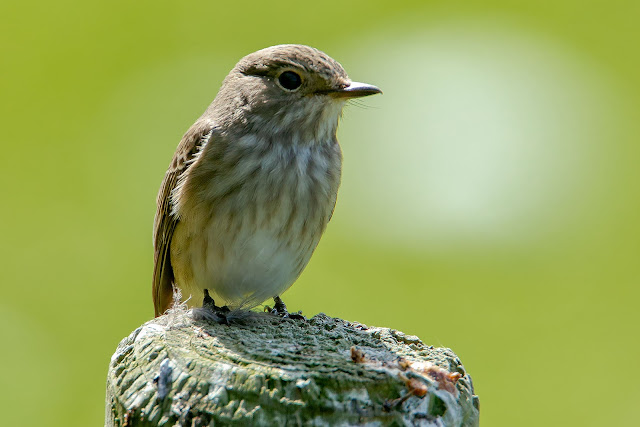