Today we aimed to find some Spotted Flycatcher along the pine belts of the Carabassi road.
After the recent splitting of these birds, john and I wanted to see if we could find a suitable candidate for Mediterranean Flycatcher and ID one in the field
See my blog 1st of July 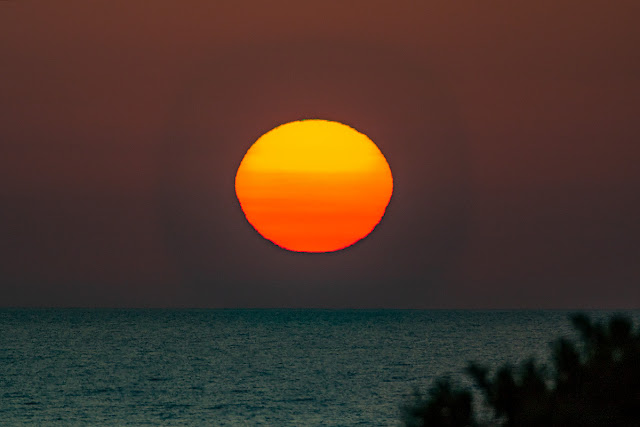 We we're there as the sun came up, if the sunrise was anything to go by it was going to be a good day, sure enough, there were lots of Spotted Flycatchers in a different location around the beach area, but could we pick out a candidate who fitted the criteria for a Mediterranean Flycatcher 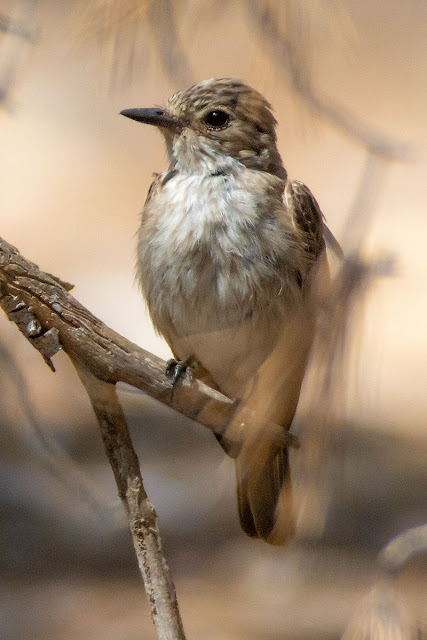 
It was difficult, to say the least, and to get one perched up long enough to get a clear view, and ID the bird, and at that time in the morning, they were very active.

After several false alarms, we finally got a Flycatcher that stayed long enough which had the right credentials, unfortunately, no camera, so we just watch for a few minutes and went through the ID of the bird. 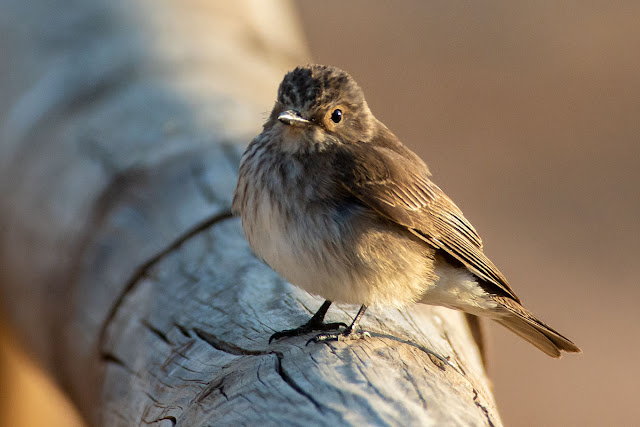 Satisfied we had a good candidate for Mediterranean Flycatcher we move on and decided to return later with the camera. 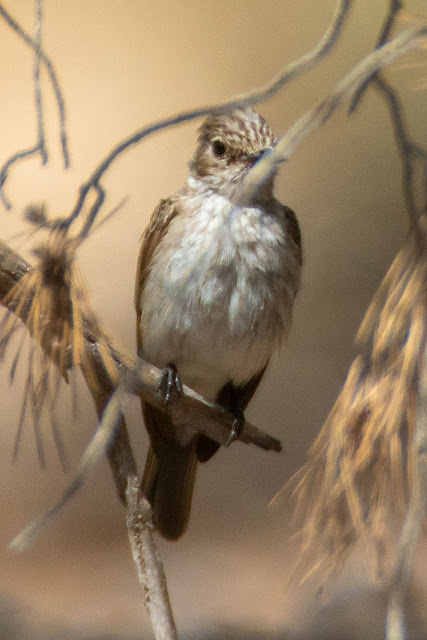 A quick run around the Salinas of Santa Pola

Stand out moments we're 3 Night Heron, a canteen of Spoonbills, a single Whimbrel flypast, 50+ Mediterranean Gulls, and about the same number of Little Tern. 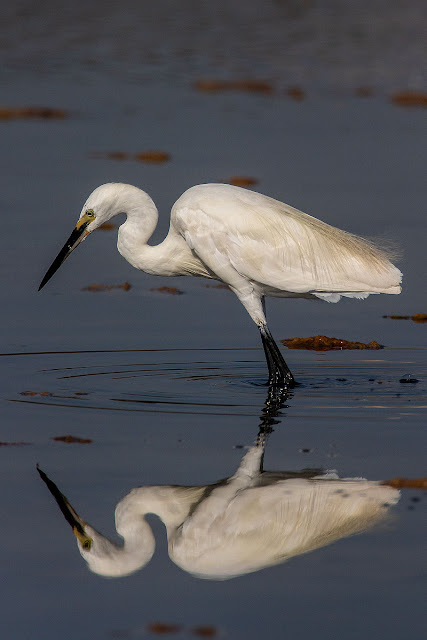 The Common Terns have fledged and nesting site at El Pinet is almost finished with only the odd bird coming and going.
The Collared Pratincoles seemed to of had a good breeding season with roughly 20+ juveniles on the far bank.
Around the back of La Marina were 6 Roller and a few Bee-eaters but not much else, we then returned to Carabassi pines and after much chasing about I think I eventually press the shutter button on the right Flycatcher see for your self?