Seven days ago the rains came and drowned this part of the world.  It's the most water seen in decades descended upon the land. A Gota Fria - a cold drop, came and reduced fields to lakes, moved soil and boulders, made roads in passable
and killed. Homes and businesses were ruined and livelihoods were removed by the storm.

The torrential downpours caused rivers to burst their banks, dragging cars and people away, flooding streets, forcing thousands from their homes, and destroying at least 300,000 hectares of prime agricultural land according to early estimates. 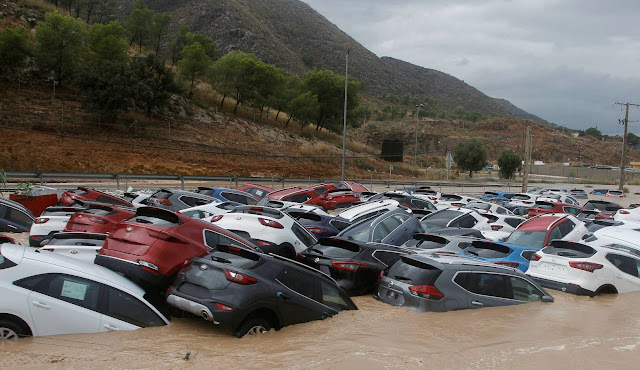 I am going to include a few photos of the devastating after-effects of the storm from last week. 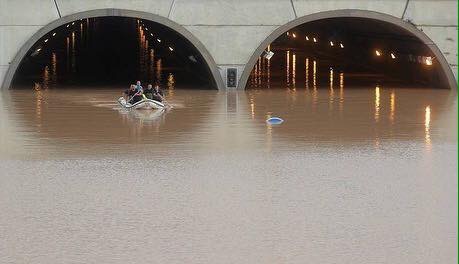 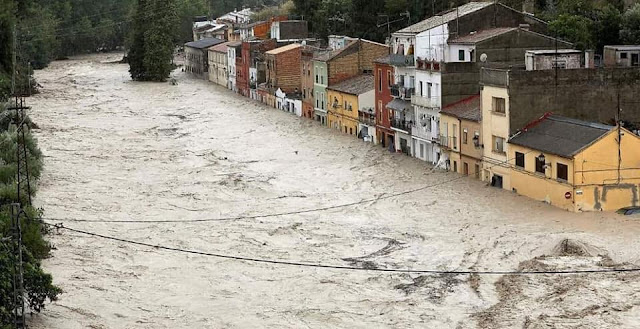 One week afterwards we headed towards Almansa via A 31 not knowing what to expect or see or how far we could go. An early start with the sun not up we were in our way.
This is how it unfolded. Coral Rubio, Bonete and Petrola we have visited this area many times only to be disappointed over these last few years by the low levels of water and lack of birds, with previously seasonal wet areas being dry.  Not so this morning for the lagoons was in good health and many folds in the land were flooded. This is what we wanted to see.
The waders now had a water stop-off point during migration.  And this autumn and winter and next spring it's going to be amazing up here with more rain to come throughout the winter months it is only going to be topped up and get better and better, if your planning to visit Costa Blanca and go birding it might be the right time to visit as now there's water.
This is a Great Bustard country and, as always, they showed well. Just five to start with, then a group of eight followed a little later by thirteen and then two separate ones from the main bunch. We had splendid views of them walking, resting and flying. What a sight they gave us.  We love to see them fly. We never push them and give them distance and the respect these grand birds deserve. 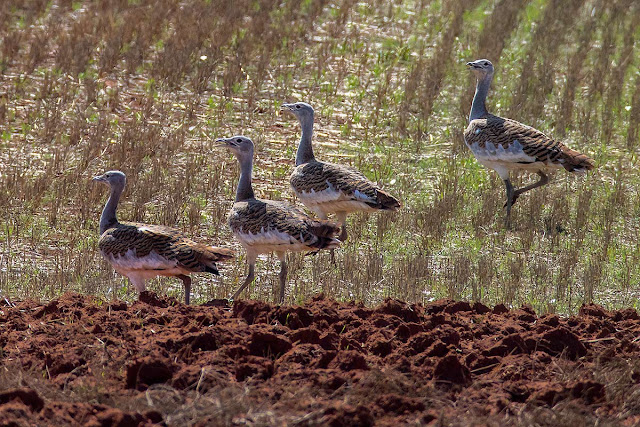 Great Bustard
The migration is still going on. Barn Swallows were evident and Bee-eaters were flying overhead.
On the water new arrives,  Gadwall, Shoveller, and numerous Mallard were seen. Lapwing and a couple of Ruff, a small number of Black-tailed Godwits,  Common Sandpiper, and Greenshank.  Black-necked Grebe.  There is a seasonal lake at chinchilla de Montearagon Albacete which held
lots of water but due to the viewing distance it was hard to ID anything but it held lots of waders,
Okay, not a big bird list with many species not seen and/or yet to arrive. We think, that this winter could be really good. 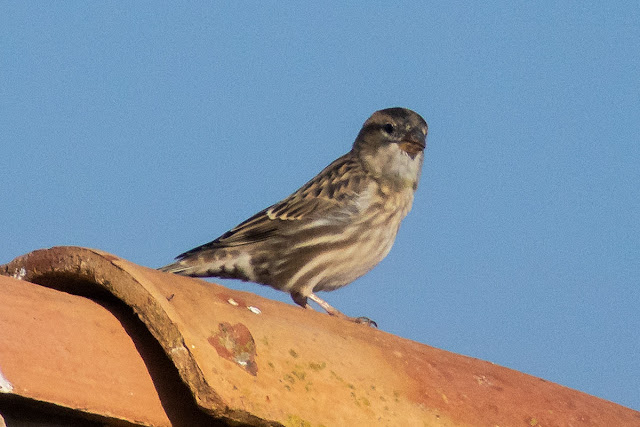 Rock Sparrow
Smaller birds were Corn Bunting, Rock Sparrow, with occasional Goldfinches and then a large flock of Yellow Wagtails on passage. They helped to make it a nice afternoon with superb views. 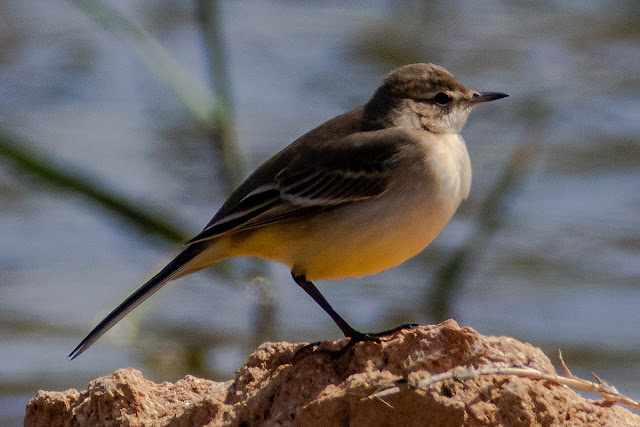 We also had some good views of Northern Wheatears. 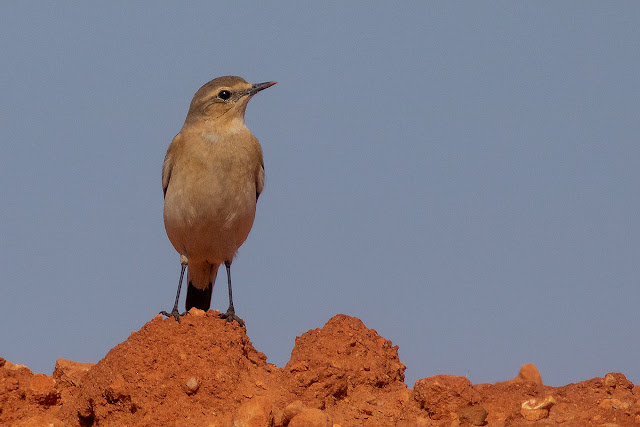 Common Kestrels with one Lesser male-identified, several Buzzards and Marsh Harriers made up the raptor count with not an eagle anywhere to be seen. A rapid flying Peregrine Falcon was an excellent sighting to complete our day.
Our plan for this morning was different from other days that we had travelled towards this area. The Embalse de Almansa received massive amounts of water due to the Gota Fria and the news item, that john viewed on TV reminded John of its existence and so we looked for the signposts on the route, John noticed the signs for the Patano de Almansa. It is a massive area lying to the south of the town and between A31 and CM412 (signed Montealegre)  We only ‘scratched the surface’ of it and we will return another time.  We like to find new areas.

One very interesting thing there was some paw footprint in the mud/tracks in the mud, See photos? 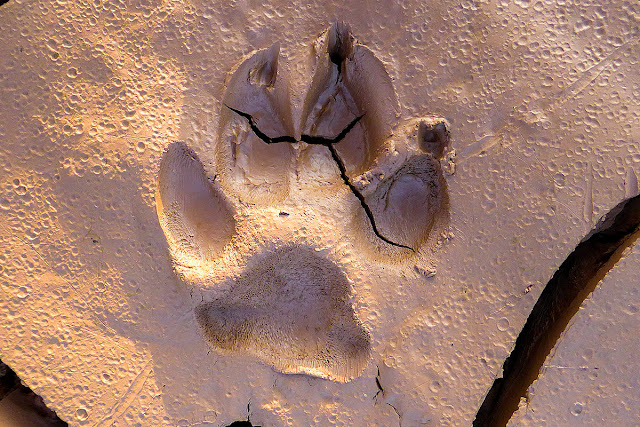 my image of paws 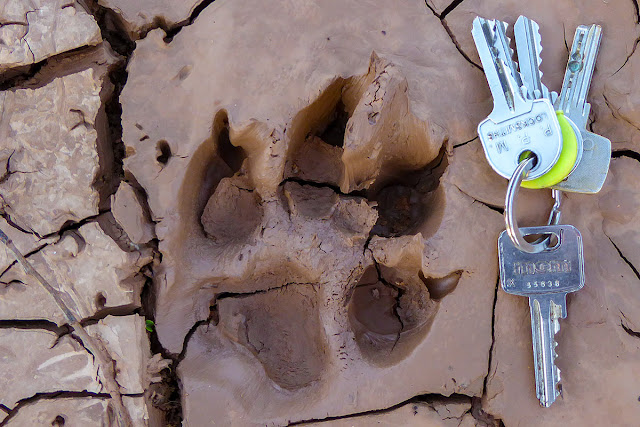 My image of paws 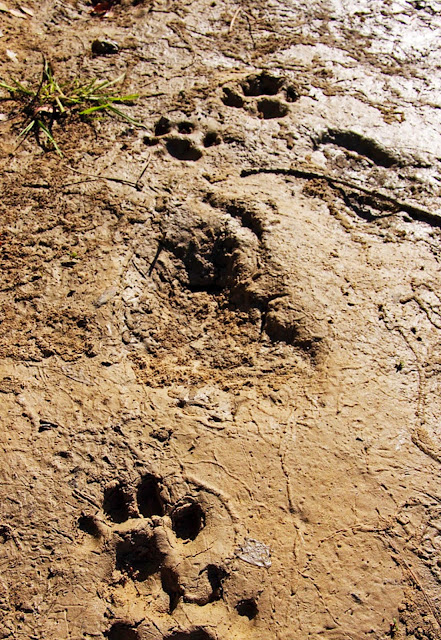 Linx paw footprint
from the internet
I've done some online research, and I admit I am no animal tracker but could these tracks be from a Linx.  It does look like it could match the footprint of the online photos I've looked at, it suggests that there very similar?  Could it be possible??? 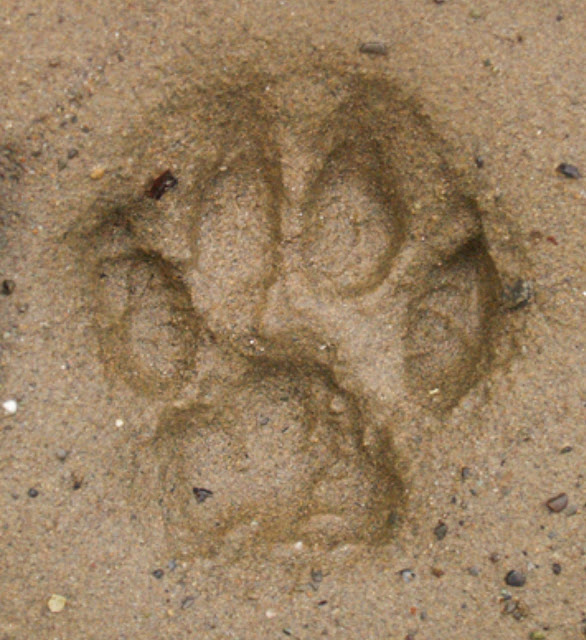 Linx paw footprint
This image from the internet


Update it's now thought to be a Dog paw print as if it was a Linx it would not show claws but some other experts  think it close
We live and learn.

Big thank you to John Edwards
for the use of some of his words, as I am full-on, after the recent storm and in catch up mode for now? 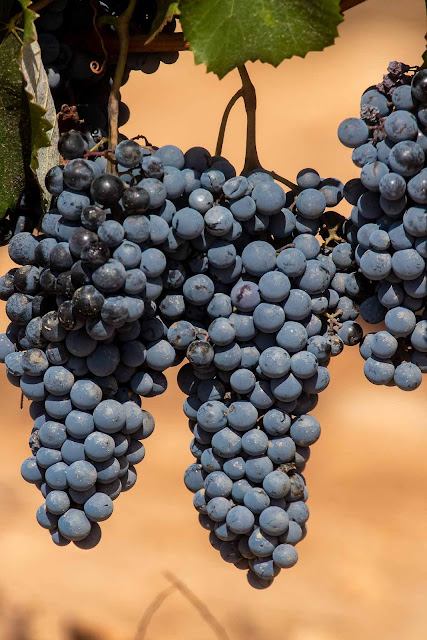