If we we're into celebrating with bubbles then I could say that this was ‘a Champagne Birding Day, but as we only had WertherS 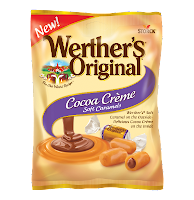 so they had to do!
We changed our intended route to accommodate a friend who lives in Norway and who would like to see Bustards. John and I were fortunate that we reversed our journey and it paid off, what a terrific day it turns out to be.
Higueruela is a great location to go to and
by the time we had arrived at 'station corner’ we had watched a dozen Great Bustards and easily viewed one male and two females Little Bustards and also a group of nine females of the same. I still don't have any good photos of this species on the ground that I am happy with due to heat shimmer, it throws the autofocus off.  Pleased that we had located these birds once more and were confident to see them again, now we have nailed the area down. 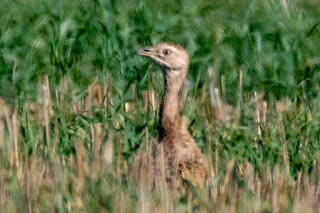 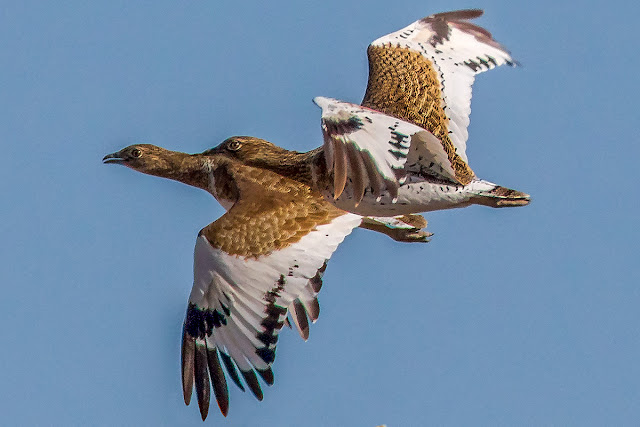 Photo from my collection

I spotted a low flying Merlin in the distance. Both species of Sandgrouse were heard first then with a flypast of 30 Black-bellied Sandgrouse and a smaller group of Pin-tailed Sandgrouse also  Calandra larks in good numbers and a few Sky Lark. 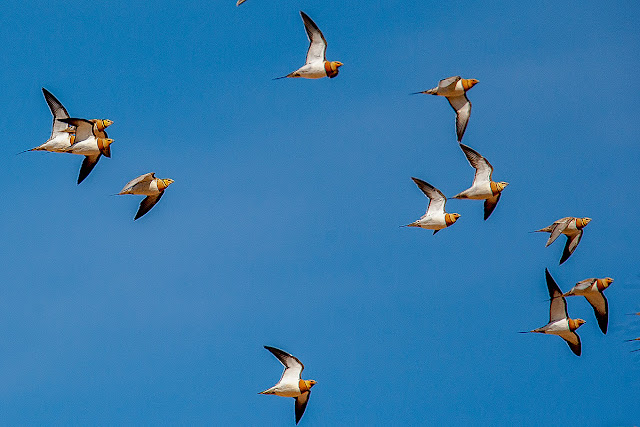 Pin-tailed Sandgrouse
We travelled on through the small town of Higueruela and across the plains to where an expanse of water is located near a major railway line. We parked on the bridge to view waterfowl and both a male and female Marsh Harrier were flying. However, we were soon distracted by the raucous voices of about thirty Red-Billed Choughs. They continued being noisy and we soon discovered why. Two Golden Eagles were flying above them. We had clear views as shutter whirred into action. 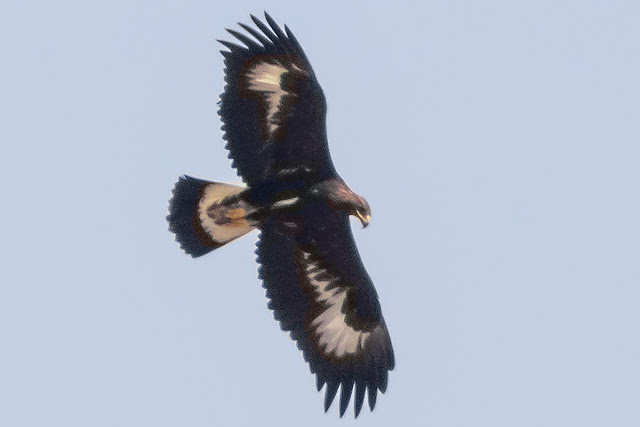 They flew around and soon disappeared over the ridge. Then our attention focused on a bird on that same ridge. The two birds flying were a Subadult and a 1st winter/Juvenile. Sitting on the ridge was another 1st Winter/Juvenile that sat and sat and we watched. fantastic views through the telescope but still a little distant for the camera. 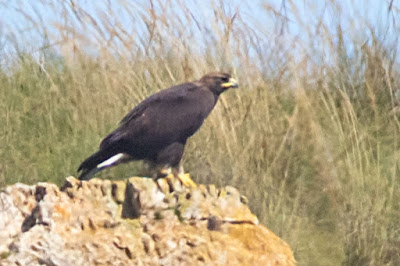 Then it flew around and right over our heads. John has seen a perched one closer before, but these were stunning views of this magnificent species. Three such birds in the binoculars or scope or insight at one time. Simply wonderful. 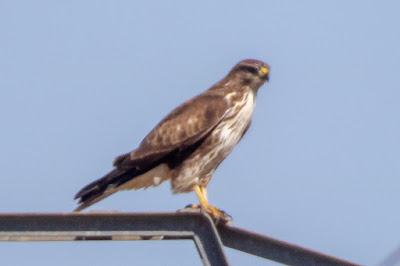 In the same location, we had Common Buzzards too and then a Red Kite appeared. This has become one of our favourite spots and we have been lucky here before with a Black Kite on one occasion. And on another day, after discussion, it was confirmed that we saw a Spanish Imperial Eagle, does it get better than that! 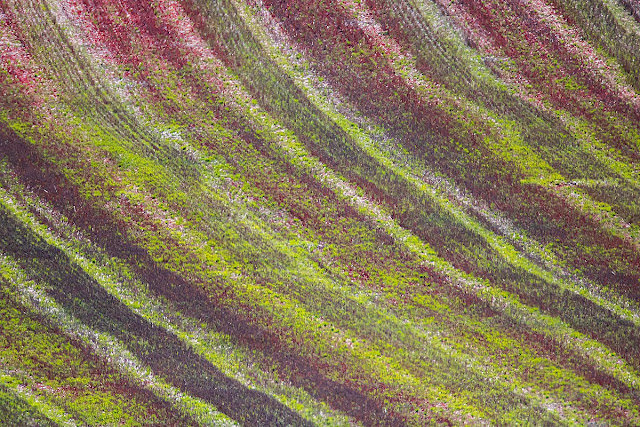 Patterns in the soil
We carried on to Lagunas de Petrola to find that this major water was devoid of birds and we reasoned that there has to be a problem with the water. This opinion is supported by an area of ‘run-off’ next to the farm buildings that held the following:
Common Sandpiper
Wood Sandpiper
Green Sandpiper
Two Dunlin
Two Little Stint
Lapwing
Ringed Plover
Kentish Plover
White Wagtails.
That's a good return for a ‘large puddle’ and suggests that the water there is not tainted.
Water levels are still good and outside Corral Rubio were some waders that included a Common Sandpiper, a Little Ringed Plover together with one Yellow Wagtail and several Meadow Pipits. We had hoped for more sightings of Bustards but they were not visible in some of their usual fields.
We returned home via Montealegre and the freshwater lagoon on route only contained Common Coot. We had high expectations for this water and perhaps the hunters have moved the birds on?
Obviously, we saw many small birds and we enjoyed them too. 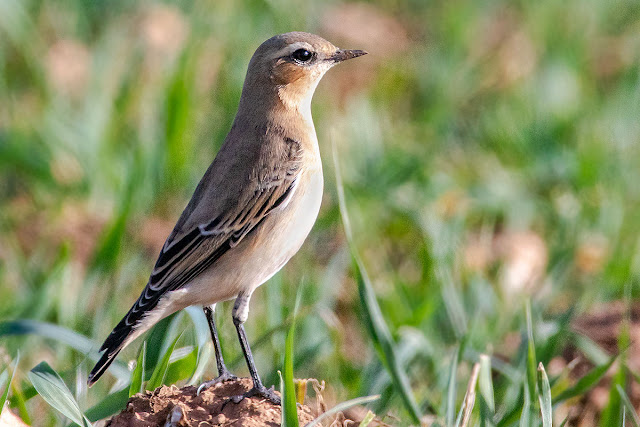 It was a special day and our guest who had many firsts.

have a great day
Cheers Bryan