Trevor Birding Visit
Day 1
A quick run around the Santa Pola Salinas and the surrounding area provided a good mornings birding, highlights of the day we're 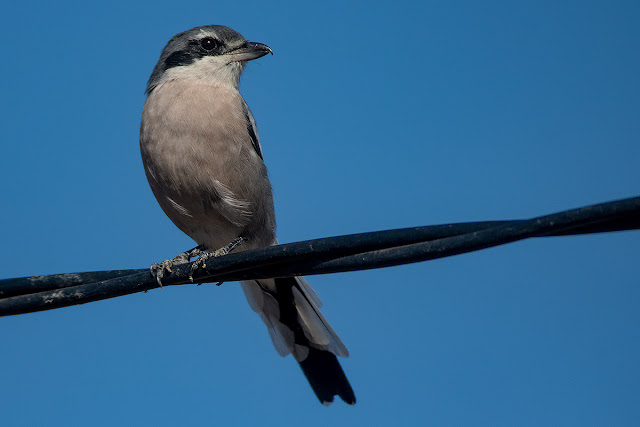 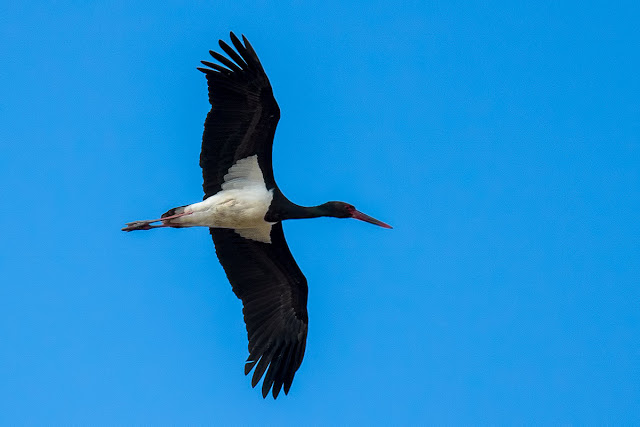 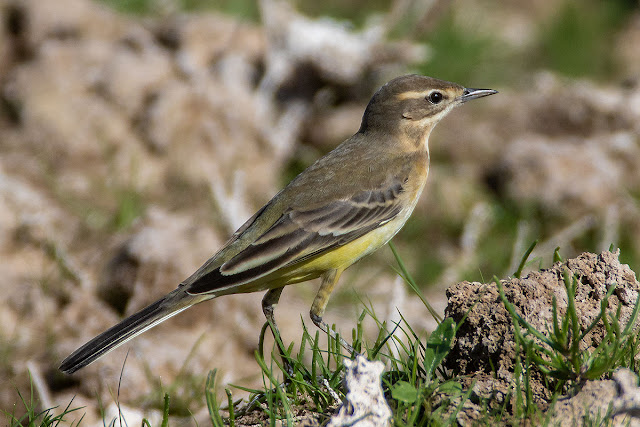 An early start and on the road to Bonete before dawn, and full of expectations, it was quickly dashed as we were challenged by a farmer who wanted to know what the hell we were doing?
He blocked our way ahead in his substantial truck..  After an explanation, we were allowed to go on! He looked a bit puzzled, and must have thought we were crazy, "bird watching"   Not to be deterred,  we headed for the little Bustard area, only for yet another farmer who follow us down the long track in his large tractor to tell us that its private property,  and despite us using the same track many times over the last 10 years?  We were asked to leave?  Maybe he was having a bad day?  So we left, but not before we ID a Merlin sat on a stone. Then thing went from bad to worse  it was cold, grey, and very breezy and not
much activity
So our list for today was, poor compared to recent visits
today's highlight is miles below what should have been

and that was the best of it despite 8 hours of birding + the travel time.  I did not press the shutter button on anything.

Not expecting much for tomorrow

The main reason for going to Montnegre was to see if we could relocate any of the Trumpeter finches that were in the area during this spring and summer,
Unfortunately, we didn't see any which makes me think that they are now a summer visitor to Montnegre.  It was not all dome and gloom as we found a new species for this Valley in the village of Montnegre, we came across 20 + waxbills these cute tiny finches show well for a few moments and then quickly relocated to another reed bed. 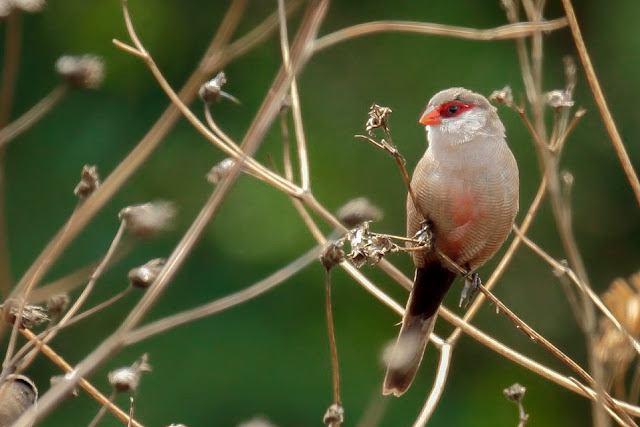 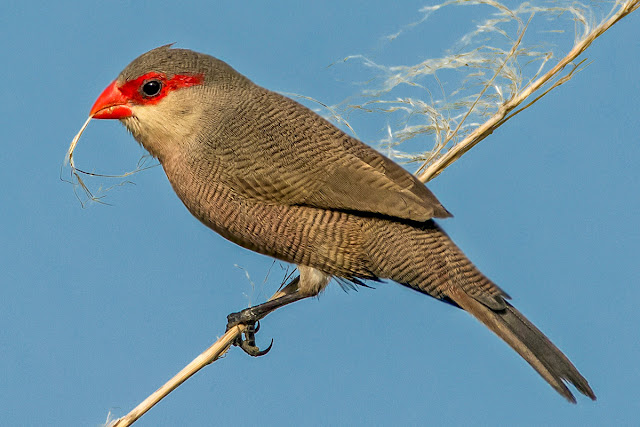 This photo from the internet with permission to use


And at
Maigmo
It was disappointing and very quiet bird-wise, but not for cars and people and at the top,  Balcony of Alicante  26 cars one wedding ceremony with music we only stayed a moment before heading back, we did manage to get a few species of interest
Short-toed Treecreeper
Crested Tit
Long-tailed Tit
Coal Tit
Jay
Buzzard
Heard only Firecrest
Robin
Crossbills

Tomorrow Rugby
Come on wales
Looking forward to our next battle 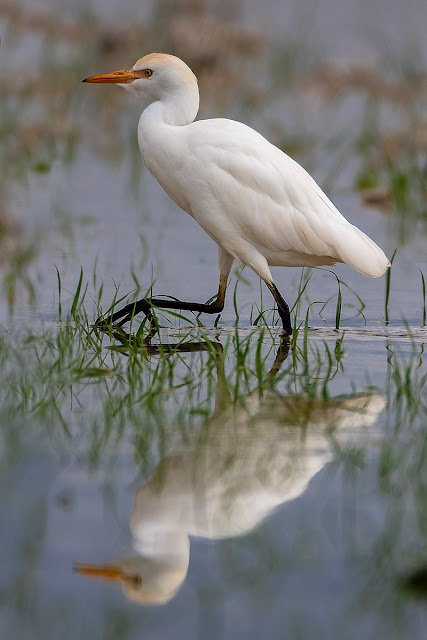 This morning we thought that we would give it another go and try to relocate the Black Storks.
With heavy sky and threatening rain, it was almost black.
We set off across the Salinas.  It was more or less the same birds as the other day
Spotted Redshank
Spoonbill
Osprey
Slender bill Gulls
Audouin's Gull 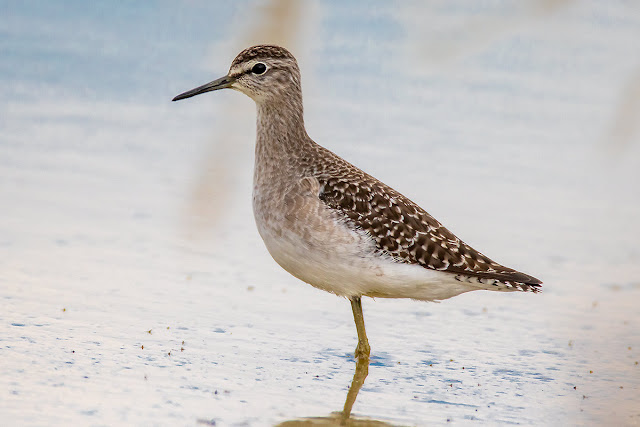 We took a detour to the Segura river mouth but it was a waste of time and then head inland to Palm farm Road and then on to San Felipe, on the route we came across one field that still held water from the floods a few weeks ago.  We passed this field a few days ago and it only had Greater Flamingo and Glossy Ibis,  but today it was buzzing. 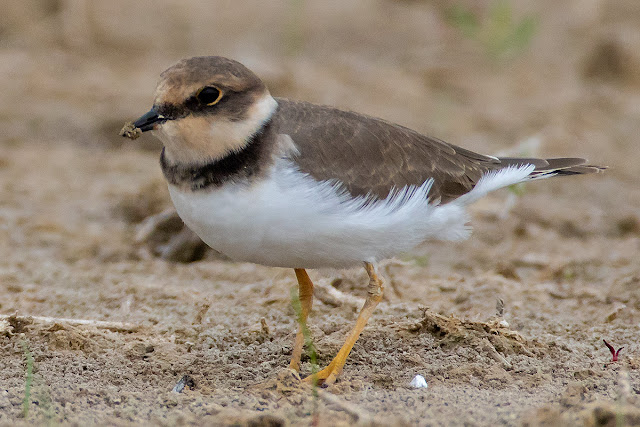 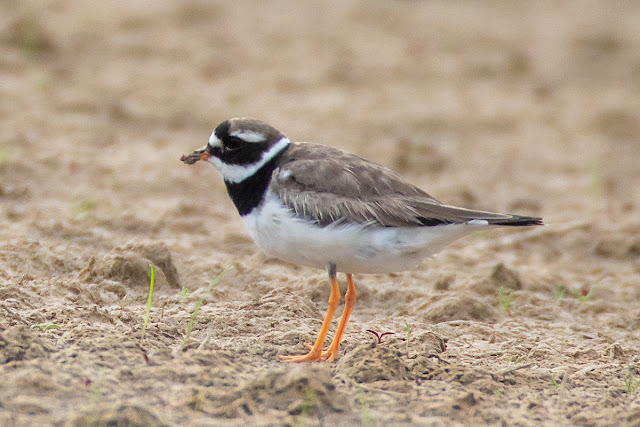 With heavy rain forecast tomorrow and Trevor needing to get the things done before his return to the UK
We call it a day. 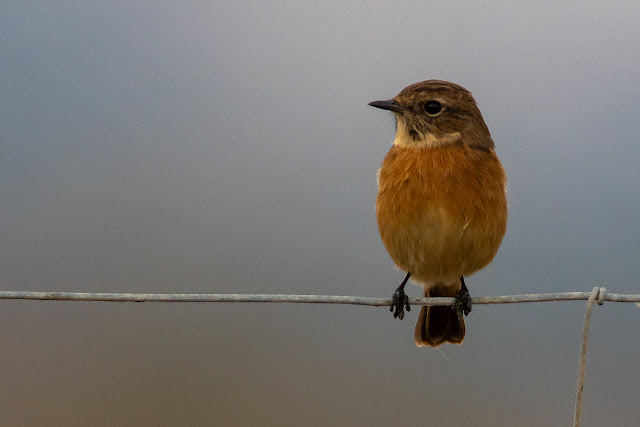 It not been at its best for birding and we've had to work hard with many hours in the field, but we did get some rewards for our efforts and Trevor's seen bird list ended in a healthy 103 Species, I included heads as well so mine was 115


Thank for taking the time to visit my blog

Well, the Rugby World Cup has finished and Wales got knocked out by the eventual winners which I thought would happen.  I did feel a bit sad that the England players, wouldn't wear their silver medals, having put on a good performance and played great, but its a bitter pill to swallow losing.  I managed to upset a few of my English Rugby palls by posting this video which I receive with slightly different subtitles when they poked fun at Wales when we lost to SA by only 3 points in the last 4 minutes.  And so I did update to the video with some different subs titles. which managed to upset them.  There not happy. But I thought it was very funny sorry about that