On Friday 4th October we decided to visit Estepas de Yecla. Two weeks ago we went to the areas north of Almansa and found an abundance of water in the lagoons and in the run-off areas.
We got to wondering about Yecla but on arrival, we found it dry. We had a really good day with lots of Activity throughout the day. Which kept me energised, after last nights late night Charity Gig which got me home around 1.30. and up at 6 o'clock left me feeling a bit jaded throughout the day.

Just after 8 am with the sun starting to appear, a chilly breeze and the temperature was a mere 10 degrees. Coats on! It ended a barmy 34. degrees crazy!

We were not to be disappointed. Choughs were heard as we entered this valley and we saw numerous Mistle Thrush, a sign that winter is approaching. Swallows fed over the fields and Rock Sparrows were seen in their usual place near the farm buildings at the Claudette end. 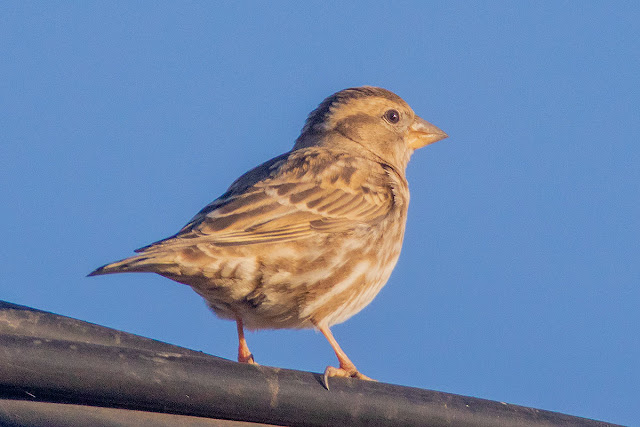 Many crops have been harvested and there were fields with natural vegetation. A good omen for seed eaters which there were plenty to be seen.
There are lots of vineyards here and close-by In a natural area of pines with open patches of grass and low bushes we had a great find. Perched in full sun was a male Common Redstart in company with Spotted Flycatchers. 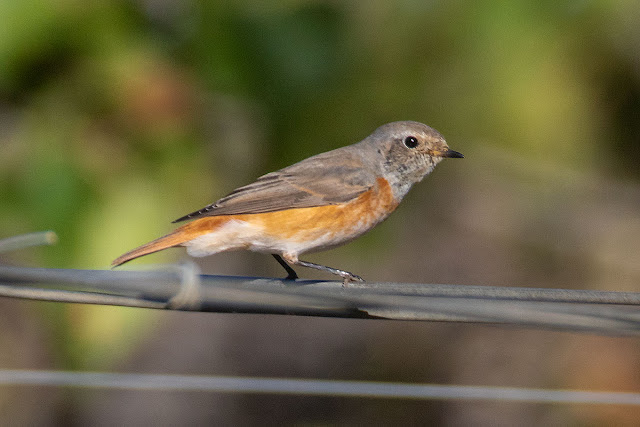 Common Redstart
They sat up for me enabling me to take a few photographs. I was busy with the camera and John was had some great close views. Although common in its name they are not easily seen and not at all common, and they pass through quickly on migration Indeed it was a new bird for Johns Spanish list and he was delighted with excellent views. 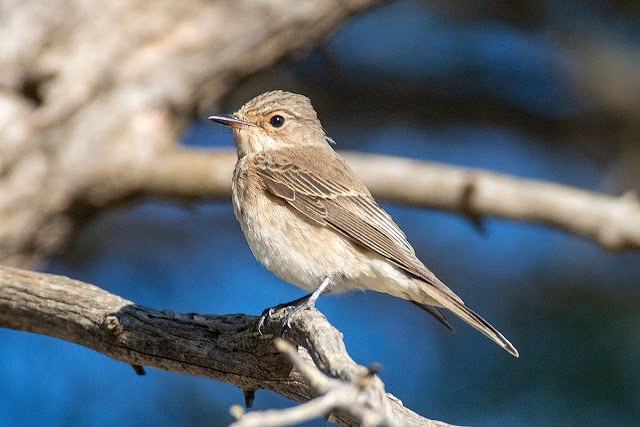 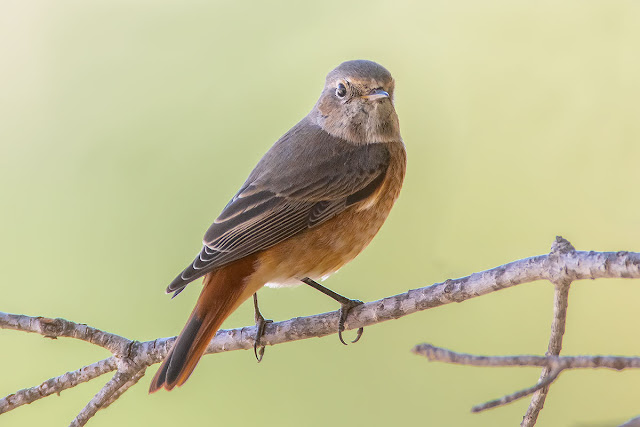 Common Redstart
2nd Bird
﻿
It just goes to show the birds are out there and with effort can be found. Not one of these Spotted flycatcher resembles anything like the Mediterranean flycatcher? seen in the summer. 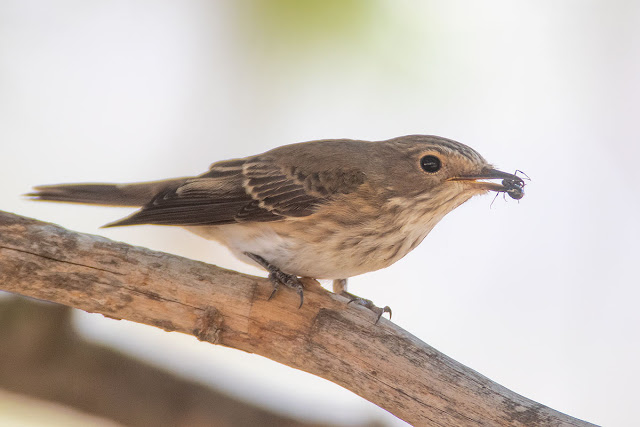 Spotted flycatcher
Early in the morning, we spotted what could have been a Sparrow Hawk which is not that common. Common Kestral flew but not one Lesser was seen. We have regularly viewed Golden Eagles near the ridge overlooking Yecla and we later saw one in the distance and our search for them yielded a clear view of a circling Red Kite. Several Common Buzzards circled and called and again we good views.
It was a busy day and we left just after 2 pm which was much more than we anticipated It was time well spent viewing and photographing some good birds, It is apparent that birds are still passing through with the Flycatchers, Swallows and one Swift seen. 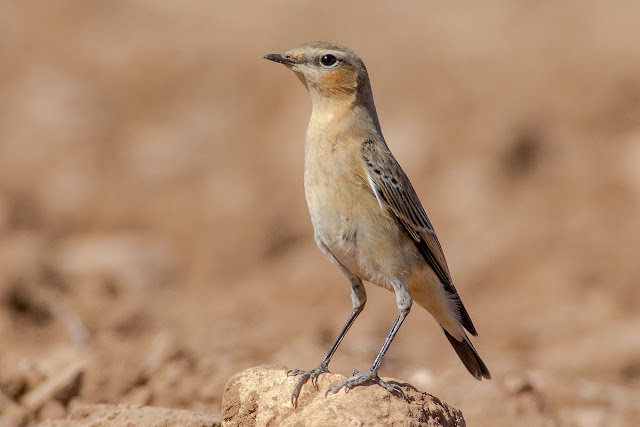 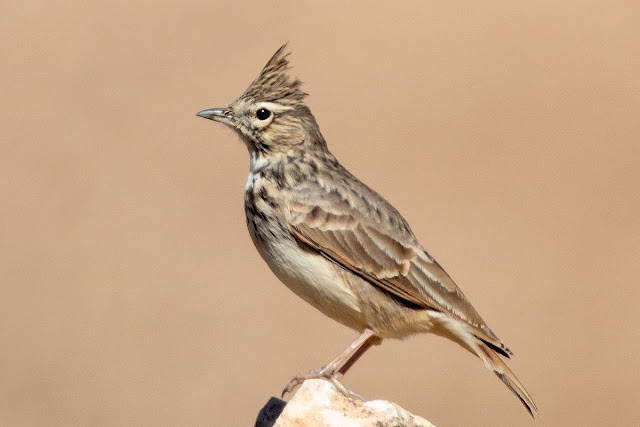 Thekla's Lark
I have not listed all the birds seen and some were clearly absent. Worth the miles and time spent. I wonder what the onset of winter will bring?
Have a great day