The spring that never was

Tuesday the 12th of June

A local run about our local patch, and get a few year ticks and a mess about in general.
We thought we'd give Rufous-tailed scrub Robin a go on the Carabassi road but no luck there,  just a nice family group of Long-tailed Tits which showed off in front of us for ages, and a Turtle Dove churring away.
Quickly on to the Santa Pola Salinas at the Salt Tower lots of Little Terns and across the road in a dried out lagoon about 75 + pair of nesting Little Tern,  being very noisy.  In the distance over the reeds were flying Collared Pratincole and whiskered Terns. 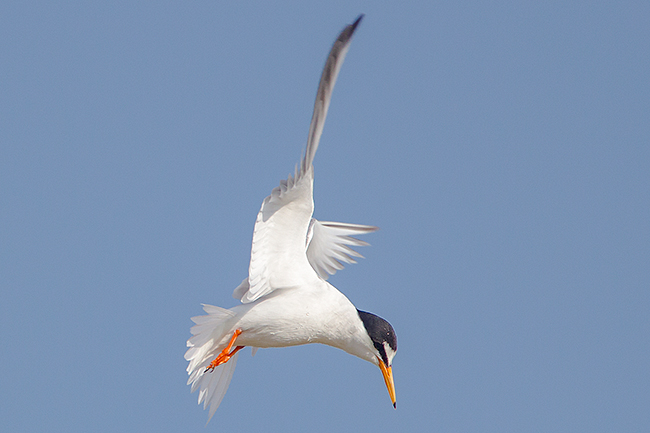 El Pinet
The normal place where you would park the car has been roped off because of the Covid 19 virus, it has had a positive result as there's been less disturbance, no people wandering around,  no dog walkers, no birders, or cars, and the result is lots of Slender-billed gulls. 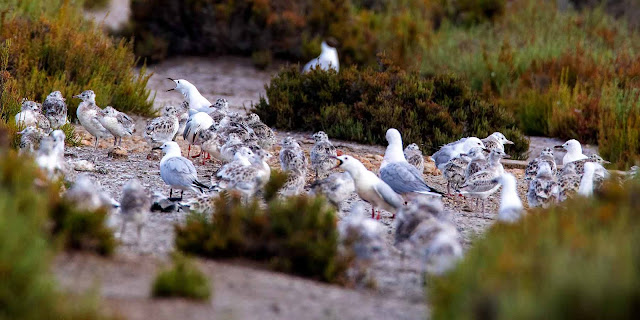 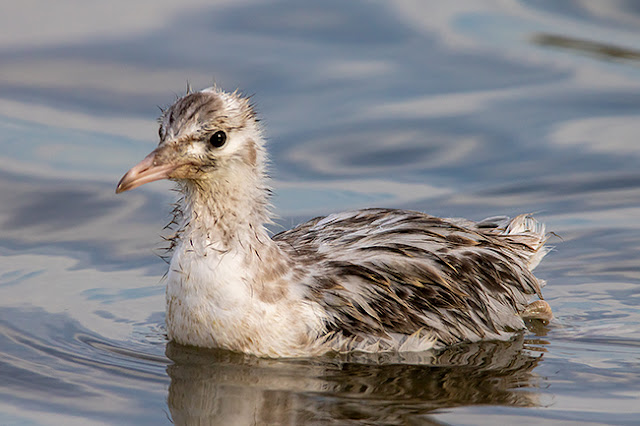 And in general more birds in the 1st two lagoons close to the hides. 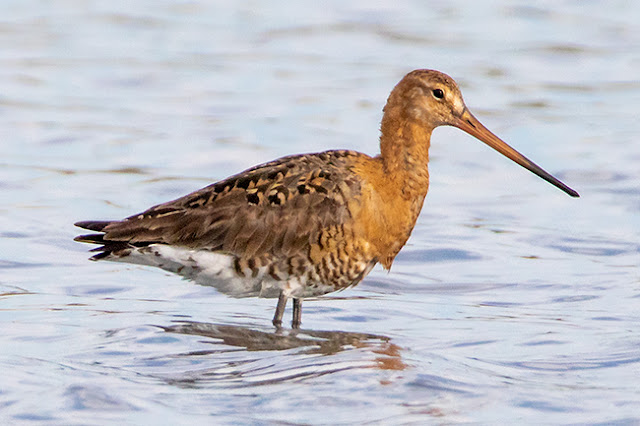 Black-tailed  Godwit
On the sea La Marina
held big flocks of Common Tern,  Sandwich Tern, Audouin's Gull, noisy Black-headed Gulls.
it was Teatime and a slab of Trish's constipation busting banana cake was in order and watch the Terns fly by.
The scrub around the back of La Marina.
John found the first of the 7  European Rollers, year tick for me, also a few bee-eaters on the wires. Many Mediterranean Gulls mixed with Black Headed in the new churned soil. 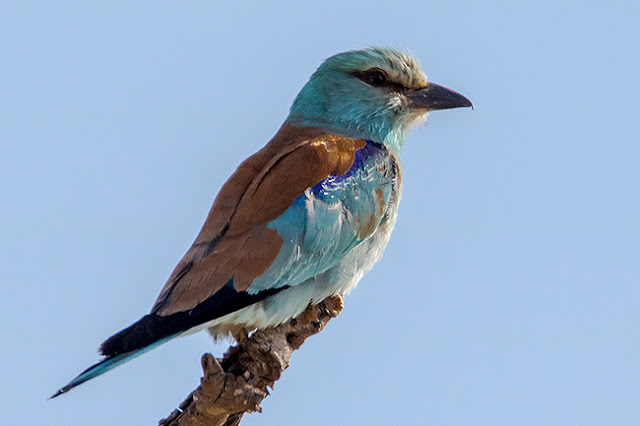 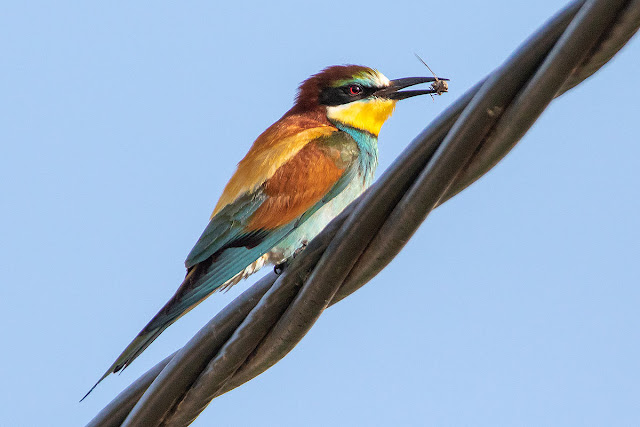 Palm farm Road
We flush a Male Night Heron from the gulley which runs along the road, a Yellow Wagtail showed up and a Male Little Bittern flew over the car which was a bonus bird. 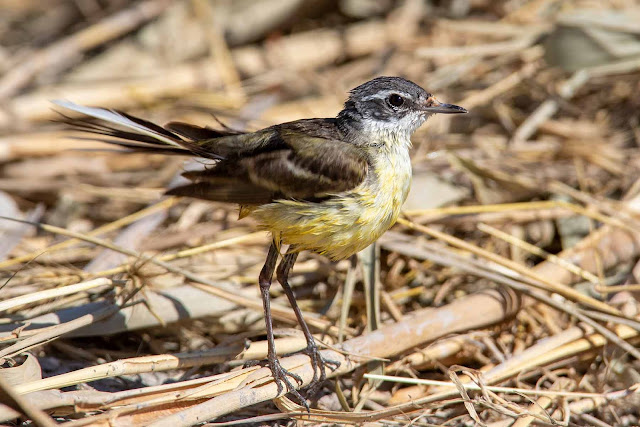 Flooded fields
We came across many partially flooded or damp fields, a few held lots of Glossy Ibis, and large numbers of Mediterranean Gulls. 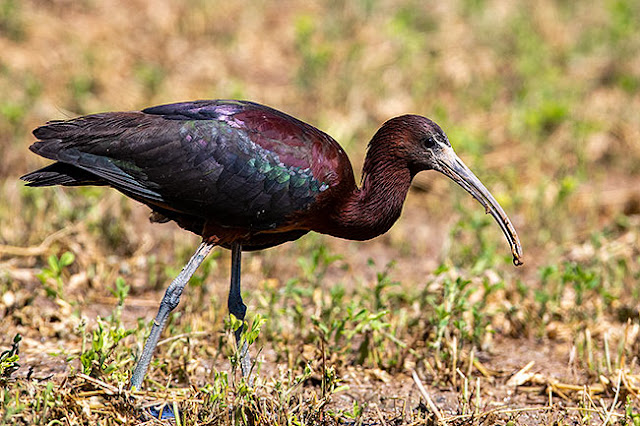 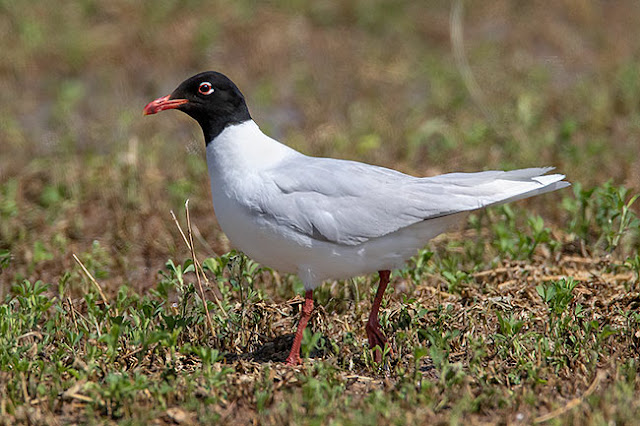 Mediterranean Gull
Sante Agueda
A Pair of a Marbled Ducks, a moulting Green Sandpiper, Squacco Heron, Great Reed, and Reed Warblers, Cetti's Warbler,
Time to head for home it was getting hot,
on route back 2 Woodchat Shrike, Lots of Southern grey Shrike seen over the course of the day.
Nothing out of the ordinary today, but we caught up on a few year ticks,
I keep forgetting we are at the end of June and seeing birds in moult sort of throws me,
Where did the last 4 months go and spring migration, its the longest day is in three days time June 21st
Nights are drawing in thankfully at a slow place?