Hi there everybody hope you're having a good day
I've been a bit slow getting the news out the main reason? some computer problems which have taken time to solve.
but also I've had a stomach bug which has left me lethargic.
So I am gonna keep my summary brief of what I've been up too. 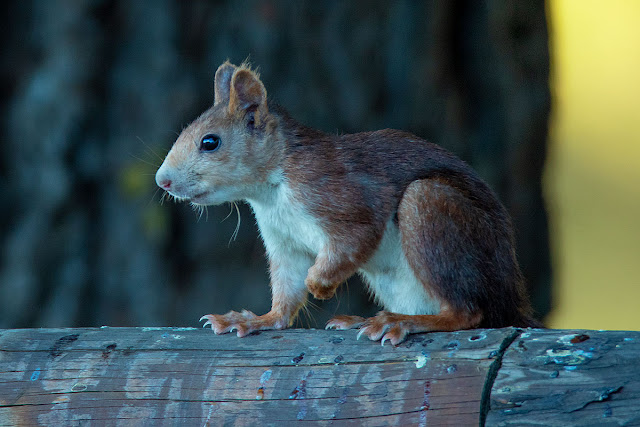 Everything you would expect to see with the small birds of Maigmo the highlight of the day was Goshawk and Bonelli's Eagle.

Returning through the Valley of Montnegre, again no sign of Trumpeter Finch,  but we did see this Black eared Wheatear, most summer migrate have moved on. 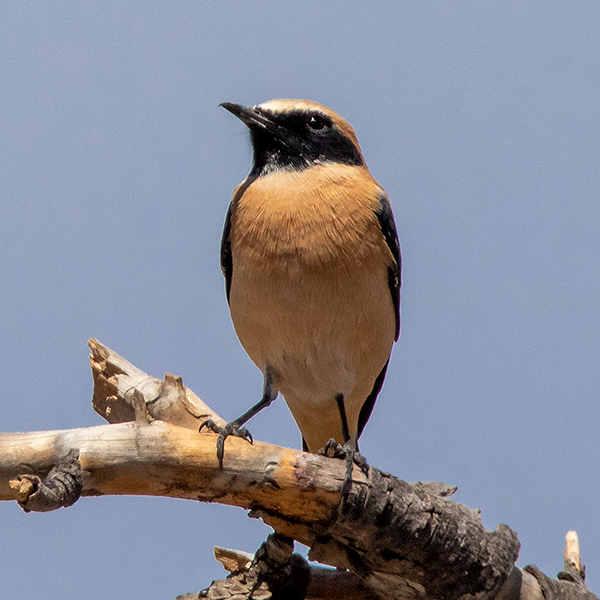 The Clot Wetlands
The madness continues, the feeding frenzy continues! day and Night,  4 Purp's still present Night Herons galore, as well loads of little Bitten and some stunning flypast of Kingfishers.
At the Reed Hide loads of Reed Warbler and Great reed Warbler, 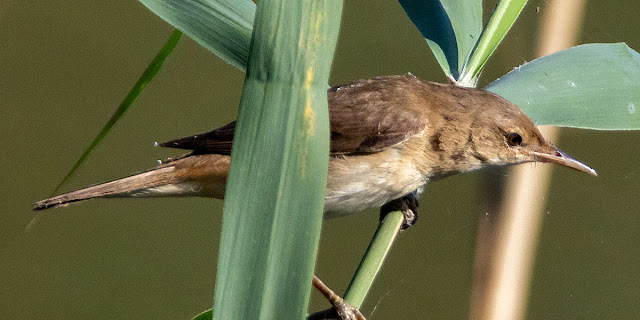 and at the popular hide, the usual suspect's White-headed Duck and Marbled Duck. Surprise of the day was a Moustached Warbler who put in an appearance with prolonged close views which made a fitting end to our day. 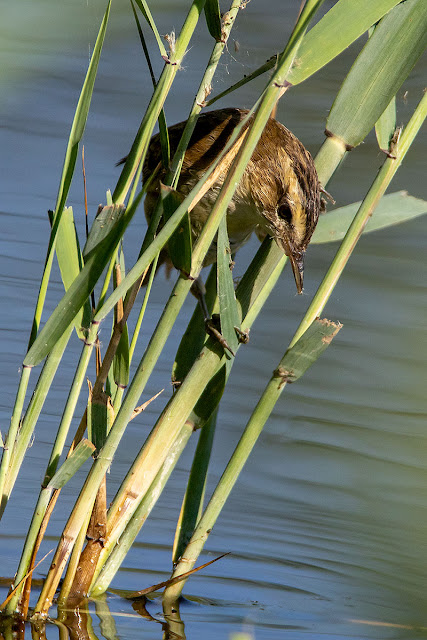 I've seen Moustached Warbler before at the Clot, but not for a long time. Hopefully, they are now a resident bird for the Clot now the water level are higher, I'll be keeping a watch full eye to confirm it? 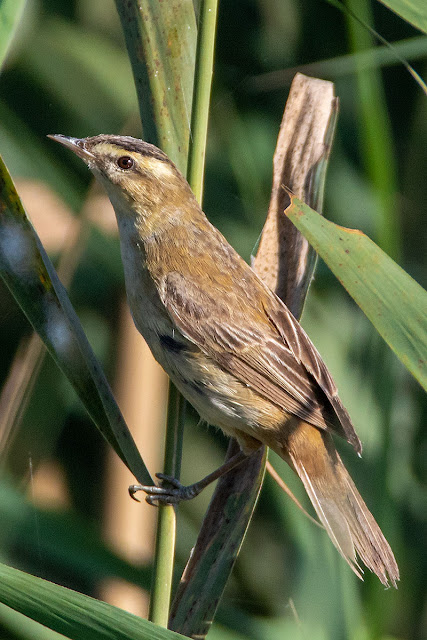 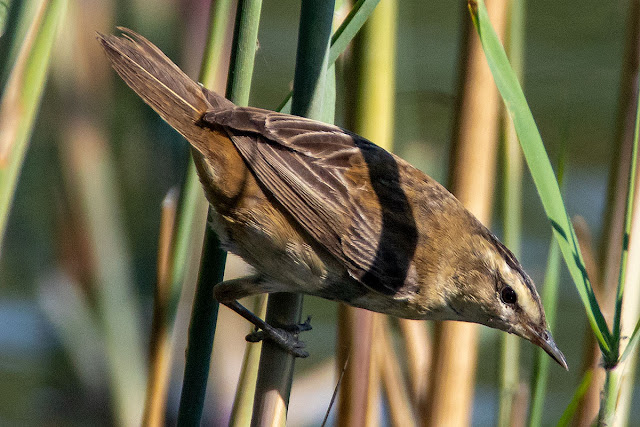 Have a great day
Cheers
BT 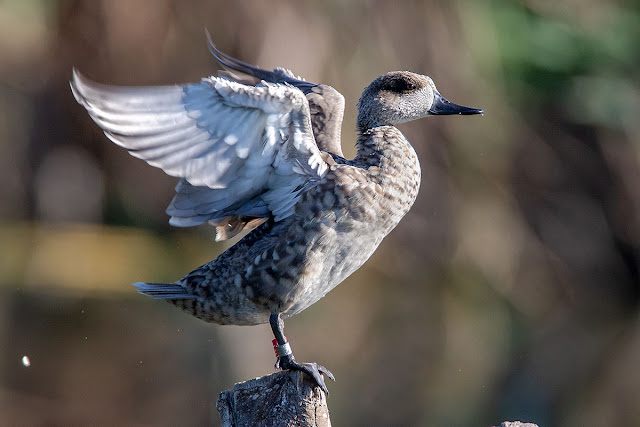 Fly through McDonalds at the Clot

Just when you thought it couldn't get any better it just did. Just after first light at the Clot, John and I watched in ore the feeding spectacle of Hundreds of Black-headed Gulls, shepherding fish into the corners of the reed bed

With a similar number Little Egret, and some Cattle Egrets. Thrown in the mix at least 12 + Night Heron possible double that number.  Lots of Little Bitten and at least 20+ Squacco Heron, also a few Purple Heron, 1 Great White Egret and 5 Grey Herons.
Herding the shoals of fish into the shallows.
And the feeding frenzy began. 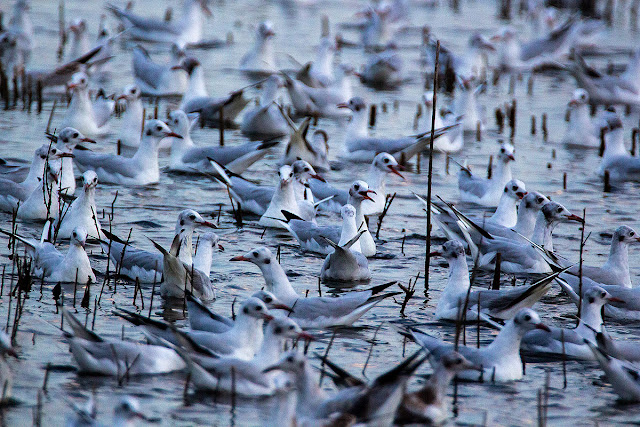 Black-headed Gulls
It was mad to watch for over an hour, the noise from the Gulls and Herons was deafening.
I've mentioned before that there no shortage of small fish fry,  it's like a fly-through McDonald's with free fish. 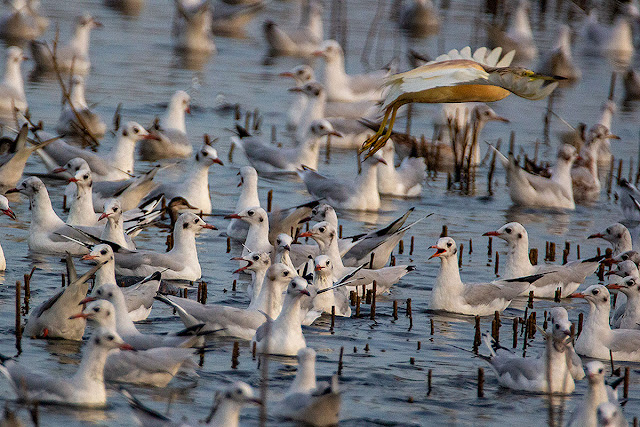 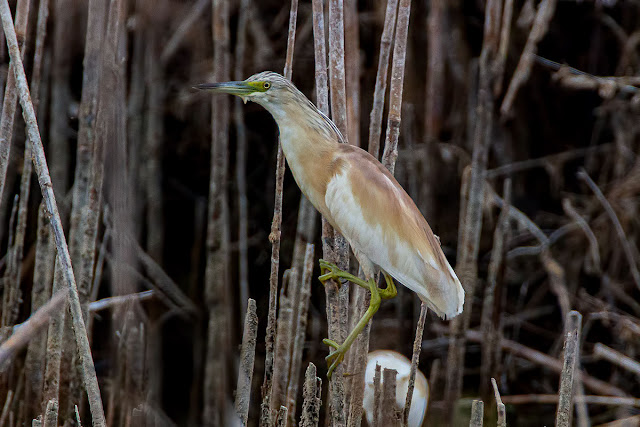 Above us in the sky, all the usual Hirundines.  Surprised to see good numbers of Sand Martin doing there acrobatics which was good, but fewer numbers of Pallid Swifts, 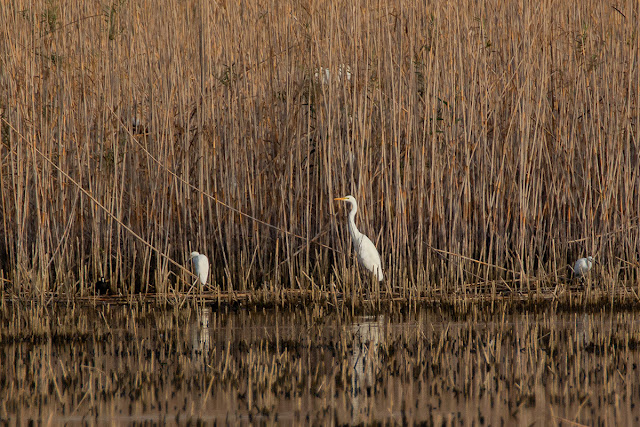 Great White Egret
record shot
I've not mentioned every bird seen or heard but there's lots going on at the Clot.
Not a bad list for a quick morning, birding.  And a full set of Heron's under the belt in under 3 hours and back home by 10 o'clock can't be bad. 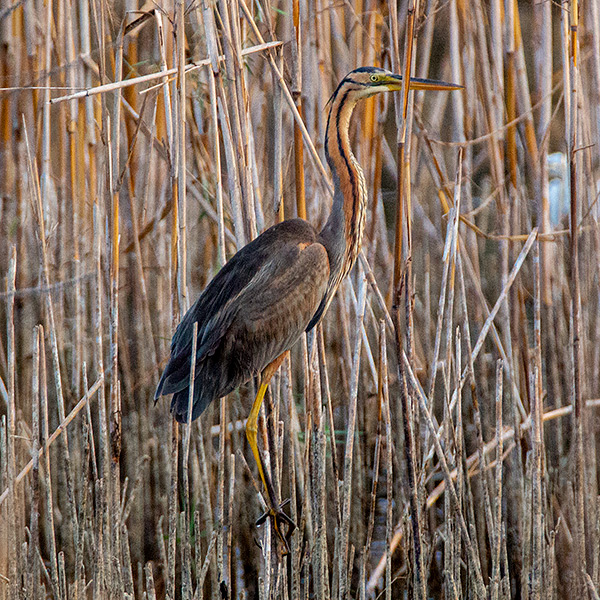 I'm a little concerned that the water level has dropped about a meter and a half maybe more, which will be good for the returning Waders come the Autumn, I just hope this hasn't been one-off flooding of the Clot? 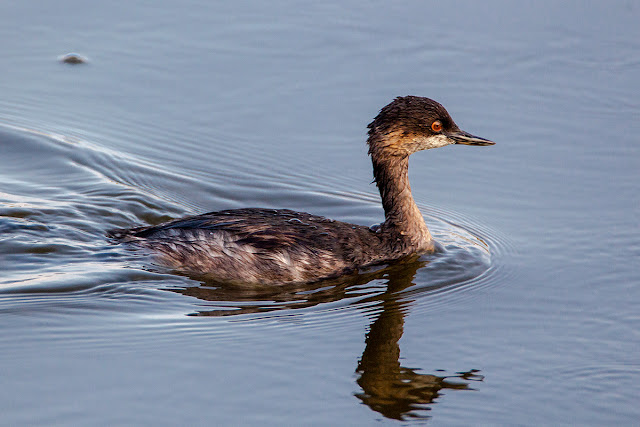 I didn't get to many photos as light levels we're low and most had some movement blur.  Birds we're jumping around like they were possessed.  I didn't help things, as my decision to take a medium telephoto lens wasn't right. 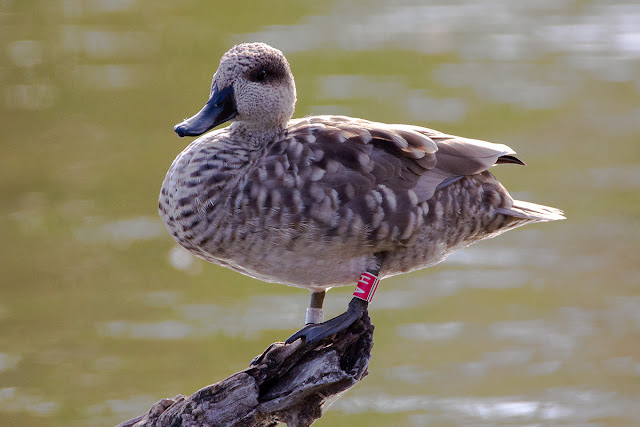 The Sky at Night

Montnegre at night
And so the NBBC had another go for Owls and Nightjars and also a bit of Astrophotography around the area of the lone tree.

A male Black-eared wheatear, perch up long enough for us to get on it.  The Trumpeter Finch site didn't produce a single bird, maybe they've moved on already?
Swallows, Craig Martin's, and Red Rump's we're hawking insects along the length of the track till dusk not a single Swift was seen compared to 3 weeks ago when the evening sky was full of them,

Teatime and a Slab of fruit cake, "nice" deck chairs out,  cameras set up for the Night Sky,  listening and waiting for the darkness.

2 Common Pipistrelle Bat's entertained us as the light ebbed away, then the screech of a Little Owl a new bird for the Valley Montnegre, nothing mega I know but nice to confirm there up here.

The light level was almost there for night sky photography, I heard a faint Scops Owl, but John and Michelle missed it,  luckily the bird or another started calling at quite close range, another new bird for Montnegre. Red-necked Nightjar we're heard calling. 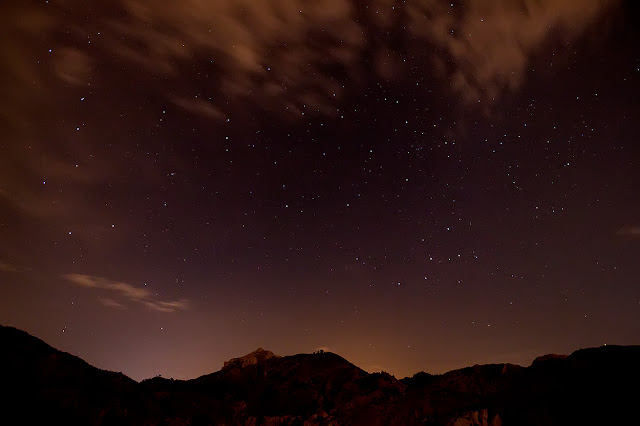 The Plough on the left and Cassiopeia on the right

It was now black enough for Night Sky Photography
but we had to be quick as a cloud bank was approaching and blocking the stars out.
As the clouds took control we call it a day, I mean night and packed up. 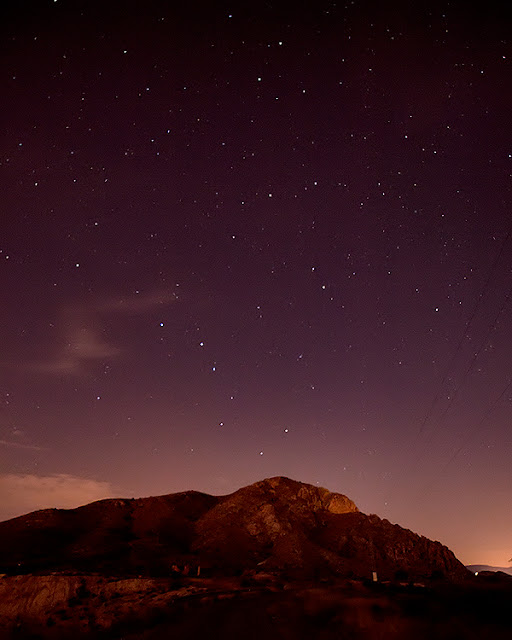 Heading back down the track hoping to see a Nightjar sat in the road, but not single bird along the full length of the tarmac road.

As we head back to the coast and at the Alicante end of the road the Sky's had cleared so we thought we'd quickly give the night sky one more go, I took a few shots and nothing just black, I said to Michelle I've got nothing no stars or sky?  Michele said change your ISO speed, which I'd done more photos of blackness Michelle said I've got nothing as well.
I said do a longer exposure? 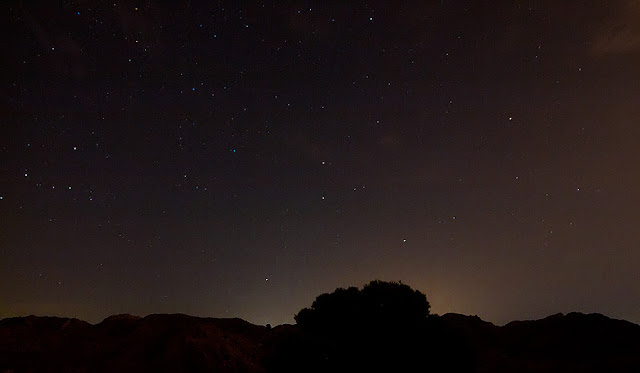 I bet Sir Patrick Moor of the Sky at Night didn't have these problems.

Thanks to him for getting me interested as a young boy in the Heavens,  Star Gazing and the Planets.  And the Sky at Night. 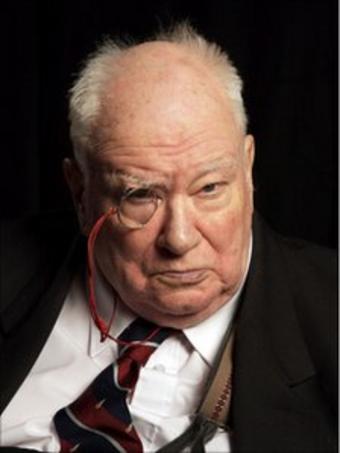 More photos of blackness and the same for Michelle.  A car drove past as a long exposure was happening, I thought at least I'll have headlight trails in the photo, but No! more of the blackness
Then it slowly dawned on me "I said"   I've only left the bloody lens cap on. Michelle started laughing at me and then realized she done the same thing
What a pair numpties.

We fell about laughing. John was shaking his head at us and mumbling number of expletives like amateurs! Call your self photographers! Etc.

Enjoyable light hearted evening and night.  A few photos of the back of the lens cap some big belly laughs must cock it up some other time
Unbelievable

2 New birds for the valley of Montnegre can't be bad

Have fun and enjoy
Cheers BT