And so today before dawn.  John and I decide to go to the furthest point and bird our way back, too Gran Alacant and end up at the clot to look for the reported Red-knobbed Coot.  At San Felipe, Now renamed  Mosquito City, well it was at dawn but an hour after sunrise it had cleared, not before we been eaten alive despite repellent, at one moment on Johns back were about 30 mosquitoes all trying to get a piece of him through his jacket, for me, not so lucky ( "No coat" I'd left it in the car) with only a thin Primark Tee shirt on, I was bitten to death, will I ever learn. 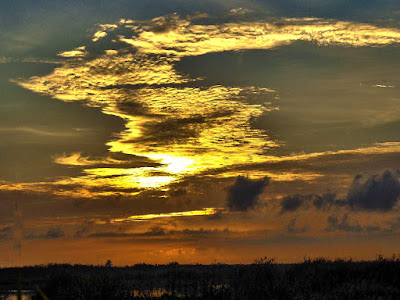 It reminded me of a similar event some years ago with my mate's from Scilly.  Birding legends Higgo and Spider.  Inside a homemade mud hide, up to our knees in mud sludge, in a swamp infested stinking scrape with man-eating mosquitoes, that time it was worth being eaten alive as we were watching a Northen water Thrush.   Unfortunately not today. I miss that rarity buzz we were fortunately very lucky to have it happen frequently. 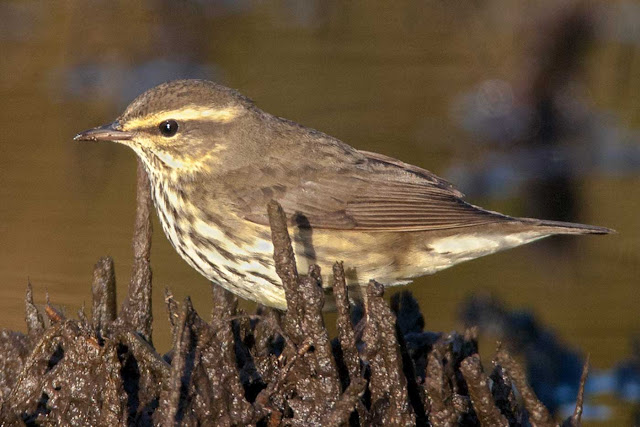 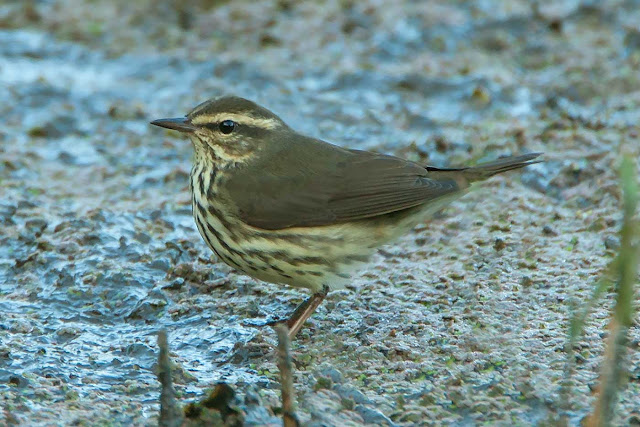 San Felipe was ok, but not at the visitor's centre on the main water, it still has a strange cloudy colour and looks toxic but the furthest outer pools have much more bird life, only a month ago it was completely dry and cracked but now it's been re-flooded and there plenty going on. Black-tailed Godwit and Wood Sandpiper  Snipe, Kentish Plover, fly over LRP, Reed Warbler, Cetti's Warbler Red-knobbed Coot, Little Bitten, 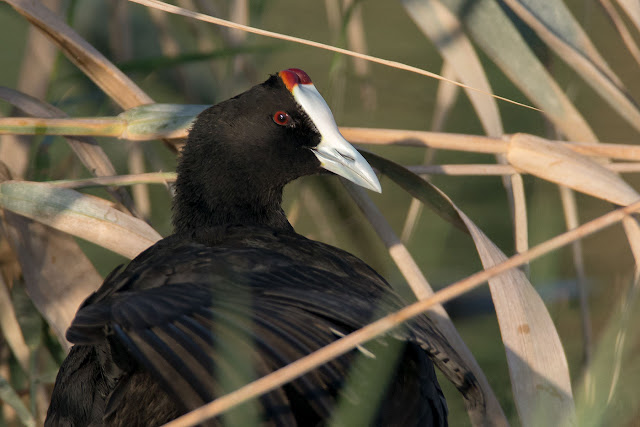 as well as all the usual suspects, but no sign of reported Blue Throats despite plenty of looking and listening and being there at the prime time of day for these birds to be showing off ??  To be honest I've had enough of  San Felipe,  the mosquitoes, and humidity and was glad to leave.
On the way back lots of assembles of Bee-eaters lots have already gone and what's left won't be far behind,  Wood Sandpiper, Green Sandpiper, on a small pool on Bella vista road. 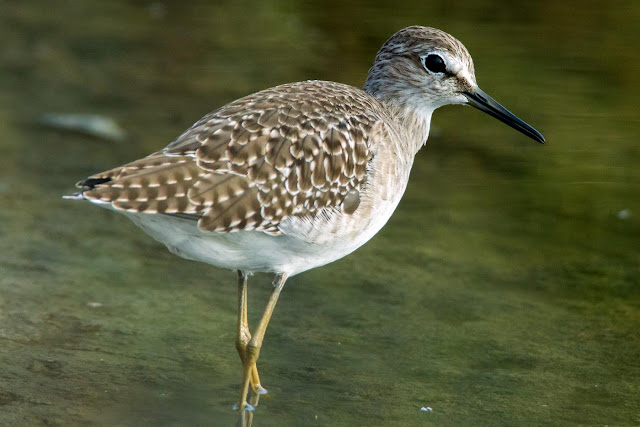 We double back on ourselves took the palm farm route.  Glossy Ibis, Cattle Egret, Marsh Harrier,  20 Lapwing,
Around the back of la Marina Southern Grey Shrike, Stone Curlew, Northern Wheatear, 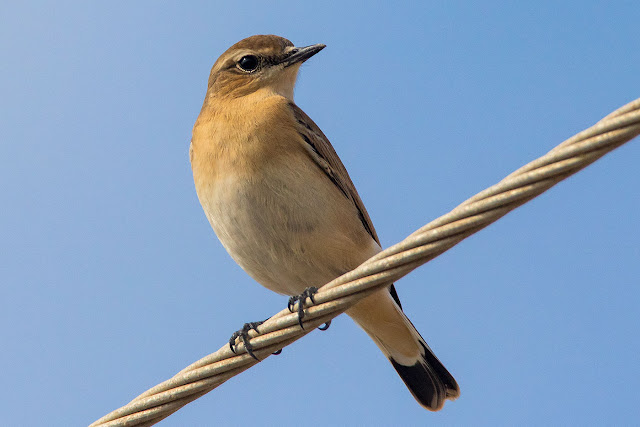 a few more Bee-eaters, Kestrel,  and not much else. 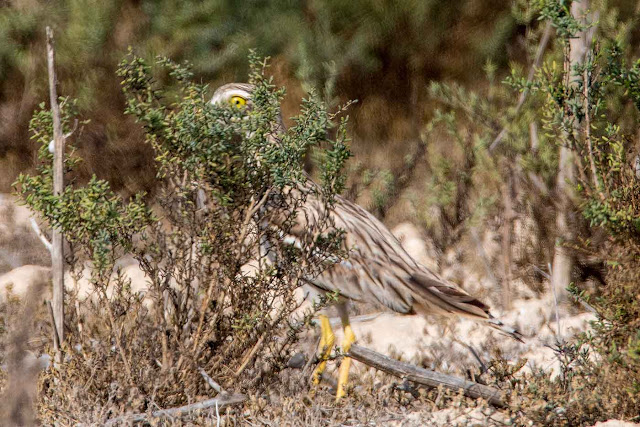 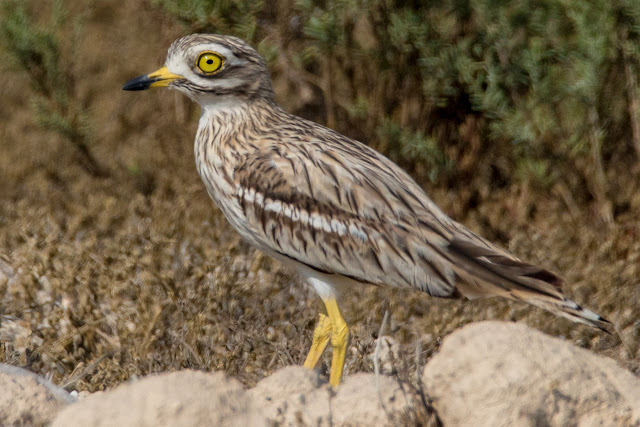 And at El Pinet all quite.  2 Juv Sandwich Tern, Slender-billed Gull's, plenty of Avocets.  Coffee at the beach cafe watching squadrons of Mediterranean Gulls and Black-headed Gulls fly passed.   We decided to give the Clot a miss as we already seen a Red-knobbed Coot earlier.
The management at San Felipe must be doing something right as the mosquitoes love it and despite my concerns over the iffy looking water quality.  I've read somewhere if the water quality is not right it won't support the insect life and those pain in the ass mosquitoes 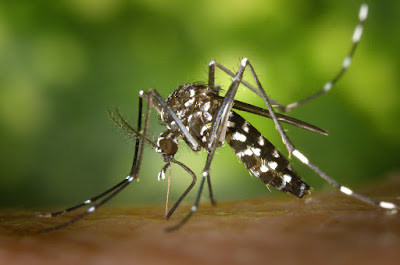 and so 50 million mosquitoes can't be wrong.
The tally for my bites is 20 plus on my back and legs and face.
Enjoy the photos
Cheers Bryan

Fantastic Sunrise over Santa Pola and also a few Birds 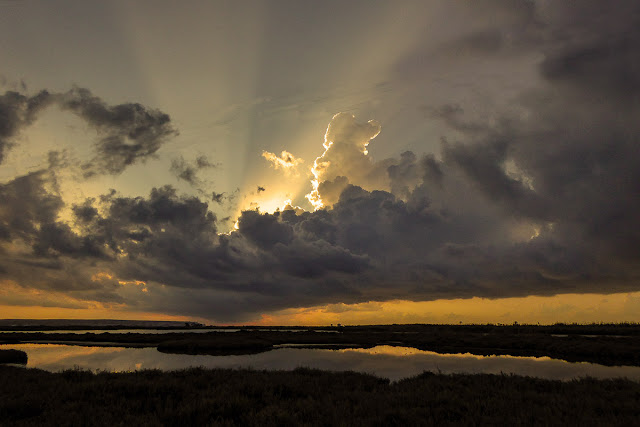 The early risers get to see those early flying birds.  On Thursday 30th August John and I was at our first stop looking over the lagoons opposite the turning for Las Playas de Las Brisas alongside the N332 as the sun came up.  This is one of our favourite stopping point for us and it gets us birding almost immediately. As we arrived there were two species of bat still flying even in the dawn light.  A Little Bittern called as soon as we got out of the car.  Then, in small groups, a total of twenty or so Sandwich Terns flew over heading northwards towards Santa Pola.  Little Terns swooping and darting about, Slender-billed gulls on the water.  The water contained the usual inhabitants but we were really looking for returning waders with no result. I thought that he heard a Kingfisher call, several times but couldn't confirm the presence of one.  A juvenile Purple Gallinule skulked in the vegetation.  There were several flocks of small birds that could have been House Sparrows.  They were flying too high and too fast for us to identify properly in the dawn light. 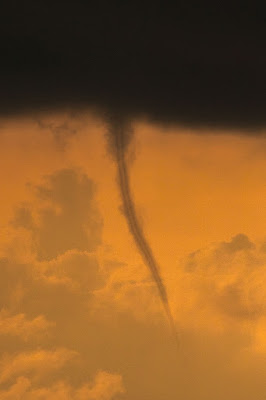 The rain was forecast and there were some great cloud formations that hid the sun from us.  Two ‘water-spouts’ or maybe I could describe them as micro twisters "interesting and not seen by us before.
Flying over and around us was a Peregrine Falcon and on the third pass, we could see that it had prey in its talons. Maybe one those house Sparrows that was going over?  We know that  Peregrines are around in the marsh, but not always seen.
We moved onto the lay-by next to the Salt Tower and again with a more good fortune, we picked out perched Osprey.  We watched it fly over and around three times before settling on a perch on the water.  It is still August, just, and where did this bird spend the summer and is it on way to West Africa? Who knows? 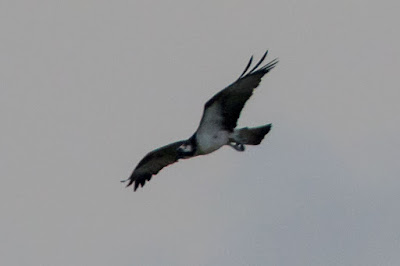 In the distance, we observed 8/9 Spoonbill, Great Crested Grebes, and, of course, Flamingoes.  Both Greenshank and Redshank called signifying that some waders have returned from their breeding grounds.   There was a large flock of waders about 60/100?  I think they could have been Dunlin  I could see that some still had the dark-bellied markings but they were a good distance away. The lagoons to the east of N332 contained only puddles and no birds.

We decided to check the lagoons at El Pinet and were rewarded with common Terns and Whiskered Tern making four species of Tern for the morning.  Then we had nice views of two Redshank and two Greenshank.  On the far bank, there were about 30 Collared Pratincole of which most seemed juveniles.  We were pleased with what we saw, but there were no other species of note.
Moving on we took the Camino in the direction of San Felipe Neri and a Roller surprised us when it was sat on a road sign. 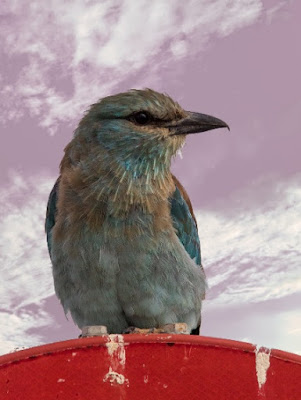 It was very obliging;  I fired off a few frames and it then flew to the ground where we watched it eating some large beetles, a few moments later it was joined by another one. 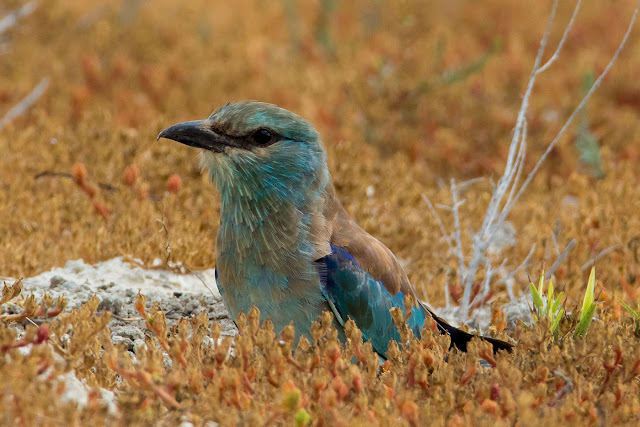 That was our closest views of Roller this summer.  Only 5 meters In the distance, from the car.  Bee-eaters called and see on the wires.

Further on we saw a female Marsh Harrier fly and perch in a tree only to be joined by a male white morph Booted Eagle.  Such good views of both. 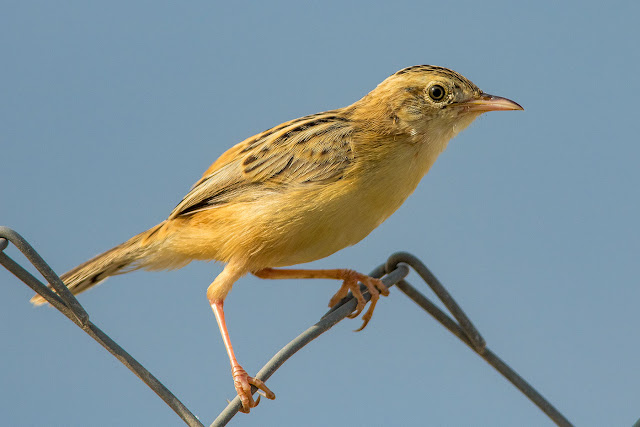 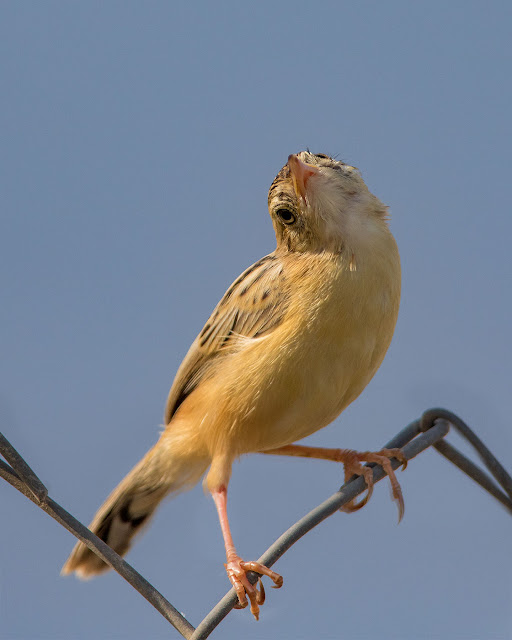 Also on a fence alongside the road and by our car a Zitting Cisticolas perched to be photographed. It twisted its head, back and forth intrigued by the sound of the camera shutter and bleep.  Again an excellent view and what a pretty bird. 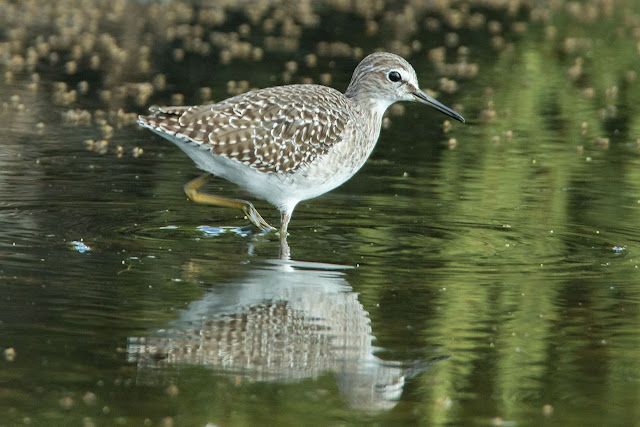 On a  small lagoon,  a Wood Sandpiper fed and gave us close views of it. Also 4 more Greenshank.
On the edge of a tilled field we saw a tractor being driven and from a big yellow tank. 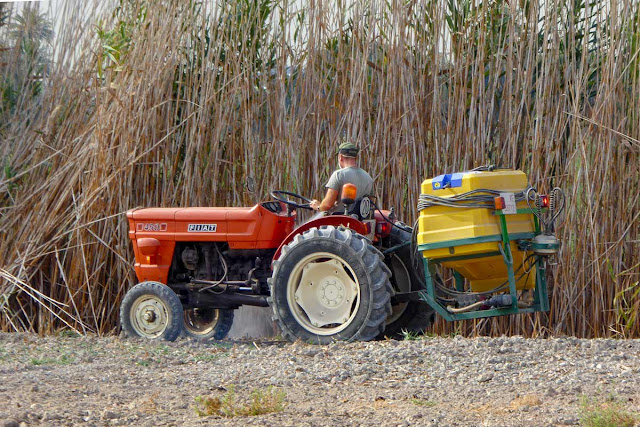 The tractor driver was spraying the edge of the reedbed.  We can only guess - poison or more benignly called insecticide.  It is easy to apply, but what are the consequences?  What is the long-term damage to vegetation, insects, birds and animal?.

San Felipe Neri was not worth our time.  Water levels were very high and therefore no muddy margins and no waders. And the water quality did not look quite right and looked polluted.  More reminiscent of a toxic spillage than a Birding Hotspot. No birds in the water or around the edge's, only birds there were fly over Glossy Ibis and Cattle Egrets, roosting on the Islands.  We will not visit again until we get some substantial rain! It was now 11.30 and was the right time to head back.

Summing up our morning.  I don't record everything that we see and so it is not a list, but intended to be informative as much as possible.  It is great to get out there.  To be out and seeing the natural world. We had some excellent sightings today. Enjoy the photos
cheers Bryan